All About Detroit Become Human & 11 Fun Facts Before You Play

In Detroit Become Human, every choice you make dramatically alters how the game’s intense, branching narrative plays out. Detroit was developer Quantic Dream‘s most successful launch and their best-selling video game, with over 6 million sales. It was praised heavily for its visuals, story, characters, voice acting, and the impact that the choices had on the narrative. So, it’s a game you really need to check out! And to help you get to know the game, we’ve got some super fun facts!

Detroit puts the destiny of both mankind and androids in your hands, taking you to a near future where machines have become more intelligent than humans. Play as three distinct androids in the city of Detroit – Connor, whose job is to hunt down sentient androids; Markus, who devotes himself to releasing other androids from servitude; and Kara, who escapes her owner to protect a young girl – and see a world at the brink of chaos.

Detroit is a sci fi adventure game from developers Quantic Dream and published by Sony Interactive Entertainment (Registered Trademark). It was released in May 2018 as a PS4 games and then later in December 2019 for Microsoft Windows. Upon release the game became Quantic Dream’s most successful launch and has since become their best selling game of all time, selling over 6 million copies. The game was met with mostly favourable reviews. A lot of the praise was directed at the setting, visuals, voice acting, story and main characters. Also the impact that choices the player makes during the game has on the narrative was widely praised. There has been some mild criticism of the motion controls, historical inaccuracies and some of the side characters. But overall the Detroit has been widely well received.

Marcus is a Caretaker android, one day he arrives home with his owner and they suspect there has been a burglary. Marcus bypasses his programming to confront the burglar which makes him become a deviant android with full autonomy. This causes him to be shot by the police and he is sent to a facility for broken androids. Markus rallies these discarded androids to fight for their rights.

Connor is a police detective android who is sent along with Lieutenant Hank Anderson (who happens to hate androids) to investigate the suspected android uprising. This leads him to clash with Markus. But due to the available dialogue choices available the story can branch in several different directions to give alternate ending outcomes.

The narrative focus of this game is solid. With the choices you make having consequences in the game leaves you feeling like the decision that you make really affects the end outcome of the game. The characters are also strong, as are the relationships between the characters, particularly the Hank/Connor dynamic. You play from three different perspectives (Kara, Connor and Markus) and are challenged with solving puzzles, taking part in conversations and exploring your surroundings to find the answers you need to progress. There’s also a few quick time events thrown in to keep you on your toes. The one slight criticism is that at the beginning the controls can be a little hard to get used as they are different to usual but it’s just a slight bump at the start.

The graphics and the voice acting are amazing, it would be impossible to find any criticism there! Given that the choices you make affect the outcomes in the game that means there is plenty of replay value here too. Especially if you want to play through again and make different choices to see how things play out.

So in conclusion, Detroit Become Human is a slightly flawed game but nevertheless it is still a game well worth playing, especially if you are a fan of narrative driven games. We highly recommend it!!

Why is Detroit: Become Human so good?

Is Detroit: Become Human worth it?

If you love a story based game with a lot of different endings and impactful choices, then Detroit is definitely worth it!

Is there a Detroit: Become Human 2?

There is not a Detroit 2. However if you loved this then, Heavy Rain and Beyond Two Souls are similar games by the same developer. And there are plenty of Detroit Easter Eggs in them too!

Yes! Whilst there is violence, drinking, mention of suicide, and a strip club, it’s nothing that a 15 year old can’t handle.

Have you played Detroit already or will you play it now? Let us know!

If you liked this, then check out SOMA Game: A Spoiler-Free Review Of The Sci-Fi Horror Masterpiece 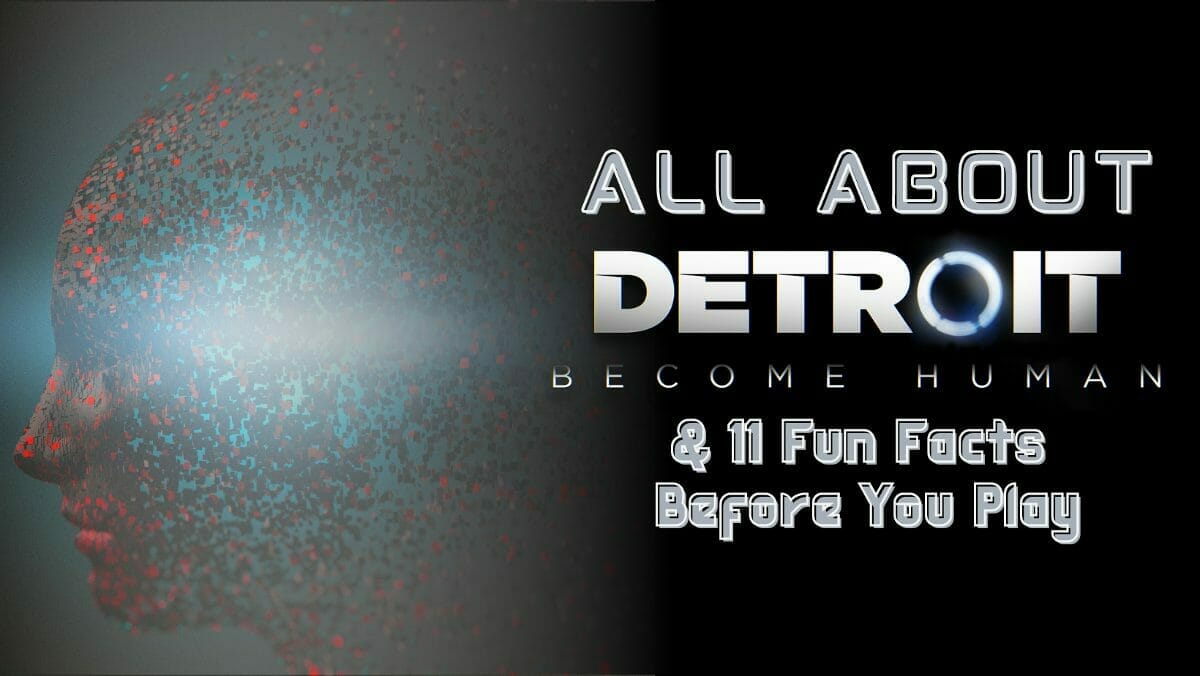