There are a wide variety of hair color for different characters in anime series, but one of our favorites are characters with white hair! So, here are the 32 best white haired anime characters.

Gojo is a special grade Jujustu sorcerer and widely recognized as the strongest in the world. He is the first person in the Satoru family to inherit both Limitless and the Six Eyes in four hundred years. Gojo works as a teacher to protect and train younger allies. He is extremely confident in his powers.

Toshiro is the captain of the 10th Division in the Gotei 13. One of the most astonishing traits of Toshiro is his great intellect. He become the youngest Shinigami to ever reach the rank of captain. Toshiro is an expert tactician and strategist. As well as this, he is a master swordsman and an expert in Kidō and Shunpo.

Elfman is a Mage of the Fairy Tail Guild. Like his sisters Mirajane and Lisanna, he can use Take Over. Elfman’s form of Take Over Magic is called Beast Soul. It allows him to seal a monster’s body part into his right arm, gaining the ability to subsequently transform his arm into that of the creature.

Kakashi is a shinobi of Konohagakure’s Hatake clan. Famed as Kakashi of the Sharingan, he is one of Konoha’s most talented ninjas. Kakashi is the teacher of Team 7, which Naruto is a member of. He emphasises the importance of teamwork as it was the lesson he received in his training.

Killua is the third child of Silva and Kikyo Zoldyck and the heir of the Zoldyck Family. Until he runs away from home and becomes a Rookie Hunter. He is the best friend of Gon Freecss. As well as the benefits that comes with being a Hunter, he has a vast amount of wealth at his disposal.

Nao is a first-year student and the Student Council president of Hoshinoumi Academy. She often uses her camcorder to record the power of ability users for proof. Her ability is that she can disappear from a person’s field of vision. However, she is limited to one person of her choice at a time.

Near is the younger of L’s two successors, raised in Wammy’s House. He joins the hunt for Kira and begins to suspect Light. Near has an obsession with solving complex problems and views an investigation as solving a puzzle.

Lisanna is a Mage of the Fairy Tail Guild. Like her sister Mirajane and brother Elfman, Lisanna can use Take Over. Her transformation is based on transforming her body into animal and hybrid-animal forms which is called Animal Soul. She is also childhood friends with Natsu.

Snow White With The Red Hair

When he met Shirayuki, Zen was the second prince of the Clarines Kingdom. His older brother is the crown prince. Zen has a distaste for the formalities of his status. He became much more open after meeting, befriending and falling in love with Shirayuki.

Haru is the Ox of the Chinese Zodiac. He is mostly calm and placid, but can become enraged when provoked. Much like an Ox. Before he became friends with Yuki, Haru used to blame Yuki his reputation as the stupid one in the family.

Origami is Shido’s classmate. She’s famous for her top grades, athleticism and beauty. As well as this, she is a Wizard of the AST and is determined to avenge her parents by killing Spirits.

Griffith is the leader of the reborn Band of the Falcon and supreme commander of the Midland Regular Army. Having been in many battles, he has amassed a reputation as a savior across the continent, and is revered as the “Falcon of Light”.

Fushi is an immortal being created by The Beholder and placed on Earth to preserve the world. It is able to completely mimic the form of anything that has provided him sufficient stimuli.

Seraph of the End

Shinya is a Major General of the Japanese Imperial Demon Army. And was chosen to marry Mahiru Higari and became a member of that family. Although, Shinua is not comfortable around them. So, he takes solace in his friendship with Guren Ichinose, who holds the same feelings about the family.

Born into a family of famous musicians, Soul is a demon weapon. After discovering his power as a demon scythe, he joins the Death Weapon Meister Academy where he partnered with the scythe-meister, Maka Albarn.

Atsushi is a member of the Armed Detective Agency and possesses the ability Beast Beneath the Moonlight. This gives Atsushi has the ability to transform into a white tiger.

Najenda is the head of the assassin group Night Raid. Along with Lubbock, she was a General of the Empire that deflected to the Revolutionary Army. She has a mechanic right arm after she lost it in a battle.

Zero is both an ex-human vampire and a vampire hunter. He was chosen by Kaname to become a Pureblood killing machine. Zero possesses the standard abilities to sense vampires from a far distance, accelerated healing and is also able to wield anti-vampire weapons.

Decim is the bartender of Quindecim and an acting arbiter for the dead. His faction deals with people who have died at the same time. And having the victims play a game to pass on Judgement for those soul’s to be reincarnated or to be sent to The Void.

Shiro is a childhood friend of Ganta. However, she was experimented on in order to gain insight into how to heighten a person’s immune system. This caused Shiro to become the very first Deadman.

Juuzou is a Special Class Ghoul Investigator. He was first partnered with Yukinori Shinohara, where he was assigned to the 20th ward and was responsible for the investigation of the Binge Eater.

Elizabeth is the third adoptive princess of the Kingdom of Liones and the 107th incarnation of the Goddess Elizabeth. After the Holy Knights rebel, she sets on journey to find Seven Deadly Sins, becoming a waitress for Meliodas’ tavern Boar Hat.

Kaneki was a student studying Japanese literature at Kamii University. He was living a normal life until Rize’s kakuhou was transplanted into him and transformed him into a one-eyed ghoul. Kaneki did used to have black hair, however after being tortured, his hair turned white.

Kaguya was a member of the Ōtsutsuki clan and the matriarch of a branch family. Long before the founding of the hidden villages in an era of endless war, Kaguya consumed the fruit of the God Tree. As a result, she became the first wielder of chakra on Earth. However, even before this, Kaguya had otherworldly powers.

Isla is a Giftia – a type of android with a humanoid body that has been developed by Sion Artificial Intelligence Corporation. After her previous partnership was dissolved, she became the partner of Tsukasa Mizugaki.

Aru is extremely intelligent and dreams of being a world famous detective when he gets older. He plays detective and investigates the connections between Yuki and the other diary owners. So, Aru inevitably becomes a close ally to Yuki, but Yuno grows to hate him.

Kanade – also known as Angel – is one of the students of the Afterlife school and is the Student Council President. So, Kanade is tasked with the responsibility of ensuring that all of the students are able to cope with their personal problems.

Ayame is the Snake of the Chinese Zodiac and one of the oldest members of the Cursed Sohmas. He is close friends with Hatori and Shigure, who are also members of the Sohma clan. Ayame runs a shop that sells custom-made costumes.

Koneko is a member of the Occult Research Club. She is a Nekoshou, a rare species of Nekomata. And she’s the younger sister of Kuroka, as well as Rias Gremory’s first Rook. Koneko has all the powers and abilities common to Devils, including the power to cast spells.

Alice is a 92nd Tōtsuki Generation student, alumna, and the former 6th seat of the Elite Ten Council. She specializes in molecular gastronomy, the culinary branch of science that investigates physical and chemical changes that occur during the cooking process.

Who is the best white-haired anime character?

Here are our picks of the best white-haired anime character:

What anime has the character with white hair?

Who is the white-haired girl in anime?

There are many white-haired girls in anime. Here are our faves:

Who is the best white-haired boy in anime?

It can be hard to choose the best white-haired boy in anime, but we’ve managed to come up with our top ten:

What did you think of these white haired anime characters? Let us know! 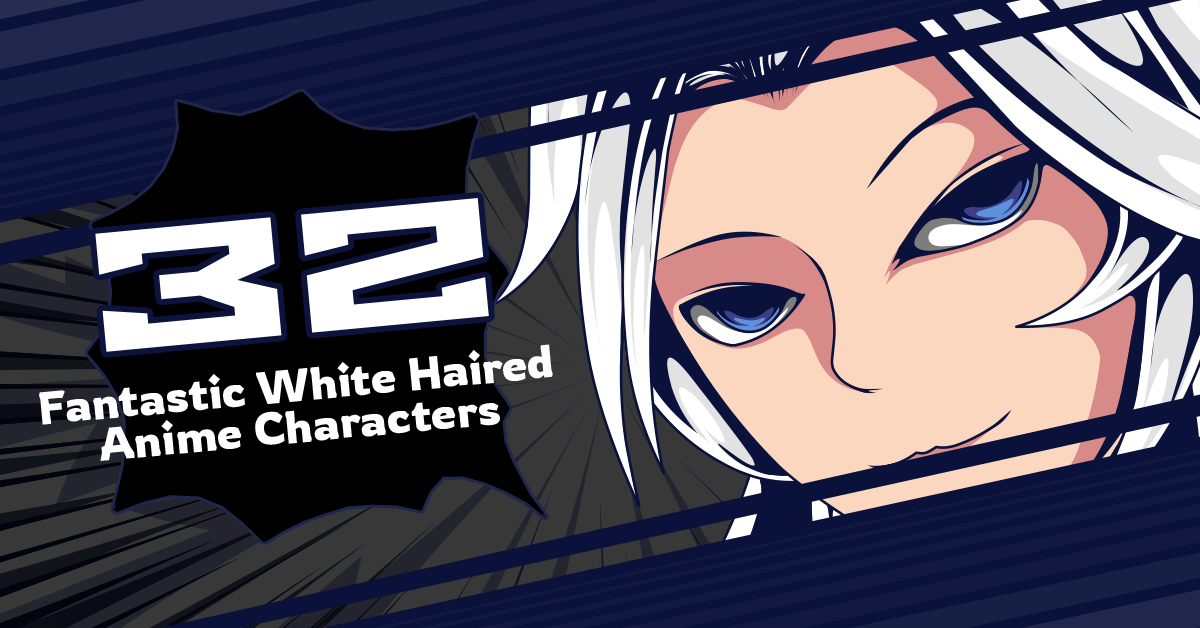