If you love Harry Potter and you love Lego, then what’s better than some Harry Potter Lego? Not only do these figurines look amazing, they’re also super fun to build. So, you get the best of both worlds really. So, check out the amazing Wizard World of Harry Potter Lego! (We know you are going to love them.)

Don’t be too shocked when we say this – but it can actually fly! We’re serious, we could hardly believe it ourselves! Disclaimer: this doesn’t actually fly sorry – but its still super cool anyway!

Harry Potter and The Prisoner of Azkaban Knight Bus

Although this bus isn’t functional for humans, little Lego characters can enjoy a ride in the Knight Bus. Lucky them!

With an impressive 6020 pieces, this incredibly detailed Hogwarts castle is the dream of any Harry Potter fan!

What is more iconic than the Hogwarts Express? Maybe only Harry Potter himself. But Harry is included too. So it’s a win-win!

The Astronomy Tower was the tallest tower at Hogwarts Castle. It was where students studied the stars and planets through their telescopes. Although you can’t actually use it, it still looks amazing.

Bordering the edge of Hogwarts lies the Forbidden Forest. Generally strictly off-limits to the students. But you can have whoever you want visiting your own little forest.

Complete with Hermione’s cat head, hair and face changes for Harry and Ron, and even a golden Harry. This set has everything you need to recreate the iconic potion scene!

One of the older features of Hogwarts Castle, the Clock Tower features an antique clock with a clear glass dial. And it even comes with the characters in their Yule Ball outfits. Yay!

Reflect your love of all things Hogwarts with this stunning set, which lets you build and display 1 of the 4 detailed house crests. So pick your house and build! (And if you aren’t sure which house you belong in then find out with our Harry Potter House Quiz, click here now!)

Who hasn’t wanted to play a game of Quidditch? Well although you can’t actually play this one, you can recreate the fun scenes from the movies.

A Whomping Willow was a very valuable, very violent sentient species of magical plant. And this set comes with the Flying Ford Anglia that Harry and Ron crashed into it too!

The Rise of Voldemort

When the brick lever is pulled, Voldemort rises up from a hidden compartment beneath the surface of the graveyard, summons a Death Eater, and sets about dueling with Harry. How cool is that!!

The details on this set are crazy! This is one of our favorite sets ever. And it comes with not one, not two, but ten mini figures! Woah!

Harry Potter, Ron Weasley, Hermione Granger, Hagrid, Executioner and the Minister of Magic, plus a Buckbeak the Hippogriff figure. And a fire brick that lights up with the push of a button. This set is exactly like his movie hut and we love it!

Care for Ron in the school infirmary and have a time-travel adventure with Harry and Hermione up in the clock tower!

The trunk contains furniture that magically reconfigures, accessories from the movies and an assortment of minifigure parts. This set is so cool!

Neville Longbottom, Draco Malfoy and Madam Hooch? No Harry, Ron, or Hermione! What is this sorcery?

And with this final piece, your Hogwarts set will be near-enough complete. And you probably have a load of Harrys, Rons, and Hermiones collected up by this point. Why not add a couple more to the mix?

Which of these pieces of Harry Potter Lego do you love the most? Let us know!

If you liked this, then check out Harry Potter Subscription Box: 12 Of The Most Magical Boxes Available! 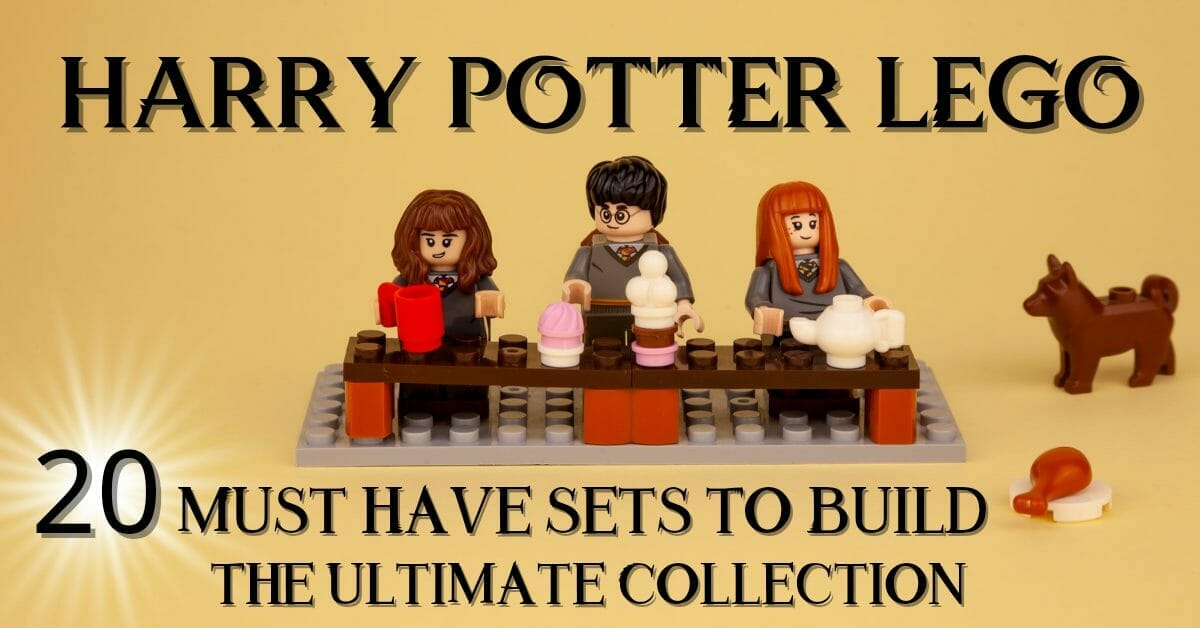