Since 2016 Netflix have been releasing Original Netflix Movies. And each year Netflix are adding even more original movies to their schedule. And each year the budgets also seem to be getting bigger with big name stars. Last year we had Don’t Look Up starring Leonardo DiCaprio and Jennifer Lawrence and coming very soon in 2022 we have The Adam Project starring Ryan Reynolds. So check out this list of Original Netflix Movies Sci Fi edition and be sure to catch them all!

Trapped in a lab and stuck in a time loop, a disoriented couple fends off masked raiders while harboring a new energy source that could save humanity.

This is a time twisting sci fi action thriller that manages to keep all the different time threads in order and tied nicely together at the end. Definitely worth a watch!

When an otherworldly force wreaks havoc on a war-torn European city, an engineer teams up with an elite Special Ops unit to stop it.

This is a military 3D sci fi action film. This is a big screen large scale thriller that landed on Netflix in 2016 that is definitely worth a shot!

When shards of a cell phone get lodged in a teenager’s brain, he discovers he can control electronic devices and uses his newfound power for revenge.

This is a science-fiction teen superhero action-thriller film and it is based on the 2010 novel of the same name from Kevin Brooks. Reviews were a little mixed on release but the actors performances were praised, particularly Maisie Williams.

A scientist whose proof of an afterlife caused a rash of suicides forges ahead with his research, while his disapproving son falls for a troubled woman.

This is a sci fi thriller with some romance thrown in. Reviews were mixed for this title, stating that it doesn’t quite live up to its premise but it is still worth a watch, especially if you like a little romance with your sci fi.

Inside a vast, self-replicating city bent on eliminating all life, mysterious loner Killy emerges to guide a remnant of humanity desperate to survive.

This is CGI anime science fiction action film. It is based on the manga series of the same name, written and illustrated by Tsutomu Nihei. Regarded as being faithful to its source material this is a must watch whether you are a fan of the manga or not!

Worried about his pregnant fiancée amid a sudden cataclysm, a young lawyer embarks on a dangerous road trip west with his future father-in-law.

Another straight to Netflix release this sci fi action thriller didn’t receive the best reviews but the cast put in a stellar performance so it’s worth a shot!

Kidnapped by an inventor who uses her as a test subject to perfect his robotic AI, a street-smart young woman tries to escape her high-tech prison.

This is a sci fi thriller Netflix original starring Gary Oldman as Tau.

Orbiting above a planet on the brink of war, scientists test a device to solve an energy crisis and end up face-to-face with a dark alternate reality.

This sci fi horror is the third movie in the Cloverfield franchise. But in space. The film hasn’t received the best of reviews compared to the first two movies in the series but if you want to continue the Cloverfield story then stream this one!

When his girlfriend vanishes, a mute man ventures into a near-future Berlin’s seamy underworld, where his actions speak louder than words.

This is a neo noir science fiction film directed by Duncan Jones. The movie is worth watching for the score alone, composed by Clint Mansell, even if the critics haven’t been too kind!

Plagued by dreams of an alien invasion, a family man faces his worst nightmare when an extraterrestrial force begins exterminating Earth’s inhabitants.

This movie was originally scheduled for a theatrical release but it was pulled at the last minute and Netflix scooped up the rights. This is an alien invasion movie that is worth a stream.

While in Rome to shoot his first movie, actor and industrial heir Nick becomes obsessed with a dating app that sends him into a self-destructive spiral.

This is an Italian language sci fi thriller that aired in 2019.

As two teen prodigies try to master the art of time travel, a tragic police shooting sends them on a series of dangerous trips to the past.

This sci fi movie received many positive critical reviews and was loved by viewers. It was also nominated for many independant movie awards. And it features Michael J Fox’s last movie appearance before his retirement. A must watch!

As a young scientist searches for a way to save a dying Earth, she finds a connection with a man who’s racing to catch the last shuttle off the planet.

This post-apocalyptic thriller set features bees – what more could you ask for – sci fi and bees!

Rim Of The World

Stranded at a summer camp when aliens attack the planet, four teens with nothing in common embark on a perilous mission to save the world.

This sci fi adventure movie is a modern take on the 80s kid centered action films. Although it may fall short of some of the 80s classics it is still worth a watch!

In the aftermath of a global catastrophe, a lone scientist in the Arctic races to contact a crew of astronauts with a warning not to return to Earth.

This movie is based on the book Good Morning, Midnight by Lily Brooks-Dalton. It was named one of the top ten best movies of 2020 by National Board of Review. For the first five days after it’s release it was Netflix’s most watched movie and it stayed in the top ten for the first twelve days afterwards. So join the other 72 million households that watched this movie and catch it now!

Three teenage girls in search of happiness decide to join a reclusive community that forbids dating, headed by a charismatic leader.

This is an Indonesian movie that was launched on Netflix in 2021.

Four insomniac med school students are lured into a neuroscience experiment that spirals out of control — and must find a way out before it’s too late.

This is a sci fi mystery thriller that was written and directed by a team of students from Bangkok University.

In the near future, a drone pilot sent into a war zone finds himself paired with a top-secret android officer on a mission to stop a nuclear attack.

The futuristic action thriller was first released direct to Netflix in January 2021 and it was the most watched movie on the platform on it’s opening weekend. Don’t miss this one!

Two astronomers go on a media tour to warn humankind of a planet-killing comet hurtling toward Earth. The response from a distracted world: Meh.

This big budget Netflix Original is a must watch commentary on modern times. Amazing performances from Leonardo DiCaprio and Jennifer Lawrence. Definitely makes you think that something like this could really happen!

After waking up in a cryogenic unit, Liz fights to survive and remember who she is before her oxygen runs out.

This is a French language sci fi thriller with Anne Hathaway serving as a producer. It is a claustrophobic white knuckle thriller that premiered on Netflix in May of last year. With the majority of reviews being favorable this is definitely one to stream!

After a global event wipes out humanity’s ability to sleep, a troubled ex-soldier fights to save her family as society and her mind spiral into chaos.

This movie premiered on Netflix in June last year and reached number one worldwide in the week of it’s release. Even so, this disaster movie didn’t receive the best reviews but it is still worth a watch!

Chasing after space debris and faraway dreams in year 2092, four misfits unearth explosive secrets during the attempted trade of a wide-eyed humanoid.

This is a Korean movie, the theme is heavy on the criticism of capitalism. But despite the serious theme Robot Bubs brings some lightheartedness this can also be something of a fun watch. On it’s release this movie debuted at number one on Netflix in 16 countries and it dominated the top tens in over 80 countries. This is one you definitely don’t want to miss!

Humans have ceded most tasks to AI in 2045, even in nostalgic Alice’s home. So when robots stage a coup, her androids protectively lock her doors.

This is a French sci fi comedy that was released on Netflix on February 11 2022. Reviews are mixed at the moment but as the movie is so fresh its definitely worth you checking it out for yourself, especially if you like some comedy with your sci fi.

After accidentally crash-landing in 2022, time-traveling fighter pilot Adam Reed teams up with his 12-year-old self on a mission to save the future.

This is an upcoming sci fi movie that will be released on Netflix on March 11 2022. Obviously we don’t know much about this one as yet but it is a hotly anticipated title, starring the amazing Ryan Reynolds this is certainly one to look forward to!

If you liked this then check out, New Sci Fi Movies Set To Launch In 2022! 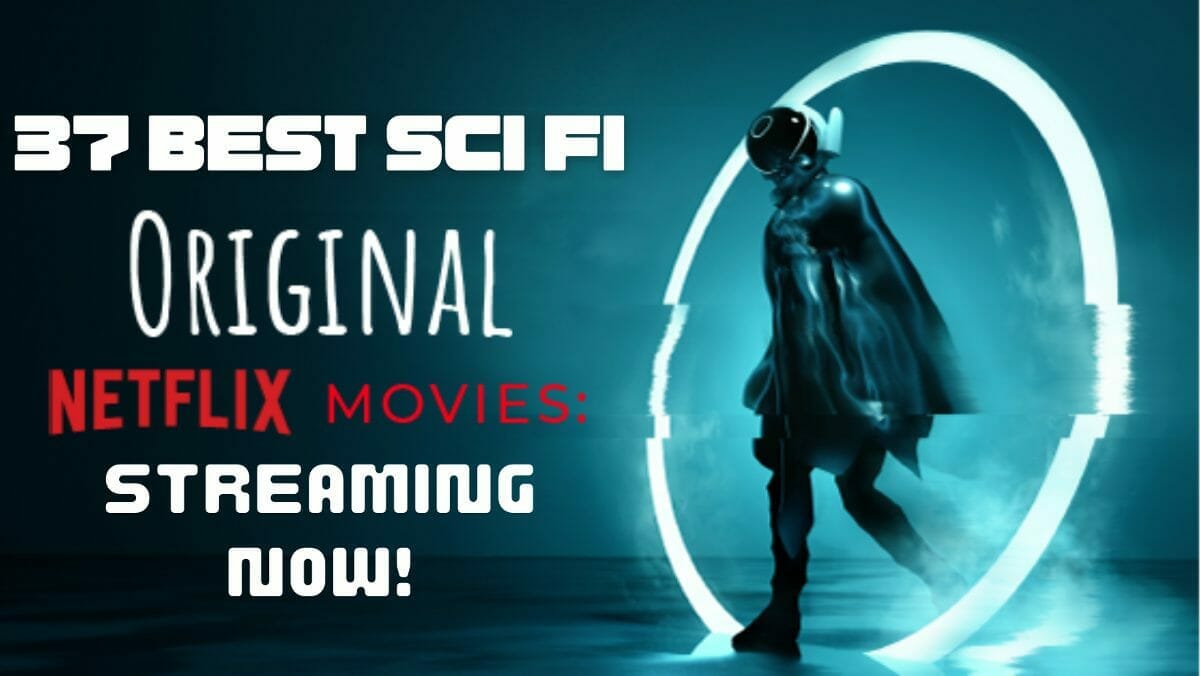