Set below the waves of the Atlantic ocean in a remote research facility, the SOMA game is a sci-fi survival horror. It will make you question your entire existence in an unsettling story about identity, consciousness, and what it means to be human. Like most games developed by Frictional Games, there’s a heavy emphasis on stealthily evading threats, puzzles and complete immersion into the world of SOMA. Thus, critics have praised the SOMA game for its story and voice acting. So, because of this, it’s a game you need to play! And if you’re not a major horror fan and just want to enjoy the story – don’t worry, there’s a safe mode.

After going for a brain scan in 2015, Simon Jarrett wakes up in a strange underwater facility known as PATHOS-II in the year 2105. The station has fallen into a state of ruin. It’s home to dangerous monsters and robots who believe that they are human. Lost and alone, Simon makes contact with Catherine Chun – a PATHOS-II employee. She directs him on where to go next. But it won’t be easy because danger lurks at every corner. And there’s no fighting back, so either outsmart the enemy or run. Check out the story trailer below!

Two years after the initial release of SOMA, a Safe Mode was released. This offers “the chance to explore the story without being eaten by monsters.” So you can enjoy the original game without having to worry about the monsters killing you. Although, it doesn’t really make things any less terrifying! Check out the safe mode trailer:

Obviously, one of the standout points when it comes to SOMA is the story. From beginning to end there are so many little snippets – in letters, data, voice messages – that just help build up the story so you truly understand what happened in the PATHOS-II facilities before your arrival. There are also emotional decisions to make. Although these do not impact the ending, they still make you want to think long and hard about what choice you should pick. And if you payed close enough attention to some scenes, you can develop an idea of what will happen in the end. Even if Simon is completely oblivious to how things work in this world. However, Simon’s ignorance really helps tie the ending together, making it even more emotional and thought-provoking. Also, make sure you stick around at the end for a post-credits scene that brings everything to a close.

Something Frictional Games is always excellent at is creating atmosphere. Creepy hallways and rooms topped with music that gives you chills and instantly puts you on edge (especially Say Hello To Mr Akers), any monster encounter is that much more terrifying because of the intensity of the atmosphere.

Unlike some horror games, SOMA doesn’t encourage you – or even allow you – to fight with the monsters. The best option is either to hide and wait for them to leave the immediate area or run and hope for the best. This makes the game even creepier and you find yourself holding your breath and hoping that the monsters won’t see you when hiding. And if a chase does start, then the music intensifies and really helps to create a stressful and terrifying rush. Although when you have to make noise opening doors which attracts the monsters, these scenes can get very tedious and stressful.

As well as scenes set inside the facility, SOMA takes advantage of the underwater location and as you transverse between the different buildings, you also have to go outside into the deep, dark and dangerous ocean. Stick to the lights because otherwise, you’ll find yourself extremely lost in the terrifying abyss.

Additionally, the voice acting in this game really stands out. Particularly in some scenes, Catherine Chun (voiced by Nell Mooney) has so much emotion in her voice that it really makes you feel that much more empathetic and conscious of your decisions.

So, basically, SOMA is an absolute masterpiece. Every separate part of the game – the story, the atmosphere, etc. – is so perfect that when they all come together in the finished SOMA piece it creates something amazing. And with a story that will stick with you forever, whether you do play it on normal mode or safe mode, SOMA is a game that you need to experience.

Have you played the SOMA game already or will you play it now? Let us know!

If you liked this, then check out: Reign of Reads 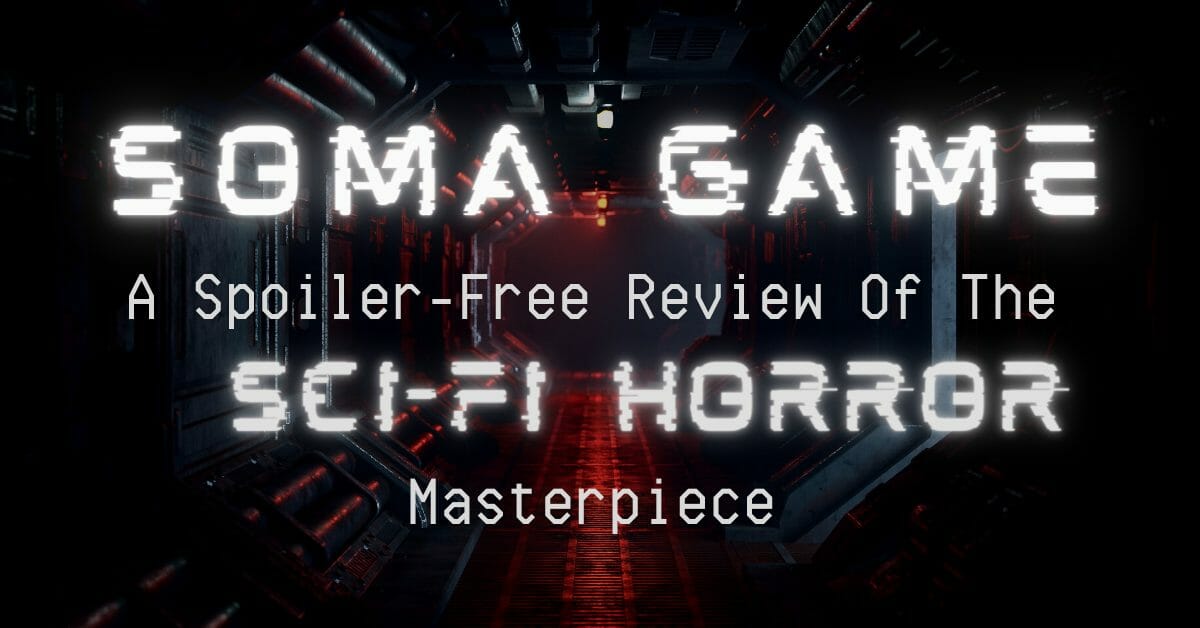