A Discovery Of Witches Books – All Souls Series

If you’ve seen the hit A Discovery of Witches series – starring Teresa Palmer, Matthew Goode, and Edward Bluemel – then you need to read the books that served as inspiration for it. A Discovery of Witches books is known as the All Souls series by Deborah Harkness. It follows the story of a descendant of witches, Diana Bishop, and vampire geneticist Matthew Clairmont in their search for the manuscript Ashmole 782. Check out this series which is full of supernatural creatures, magical worlds and forbidden love!

All Souls Series In Order

A Discovery Of Witches – All Souls Book 1

Book one of the New York Times-bestselling All Souls trilogy—”a wonderfully imaginative grown-up fantasy with all the magic of Harry Potter and Twilight” (People).

Deborah Harkness’s sparkling debut, A Discovery of Witches, has brought her into the spotlight and galvanized fans around the world. In this tale of passion and obsession, Diana Bishop, a young scholar and a descendant of witches, discovers a long-lost and enchanted alchemical manuscript, Ashmole 782, deep in Oxford’s Bodleian Library. Its reappearance summons a fantastical underworld, which she navigates with her leading man, vampire geneticist Matthew Clairmont.

Harkness has created a universe to rival those of Anne Rice, Diana Gabaldon, and Elizabeth Kostova, and she adds a scholar’s depth to this riveting tale of magic and suspense. The story continues in book two, Shadow of Night, and concludes with The Book of Life.

Click Here To View On Amazon
A Discovery Of Witches

Shadow Of Night – All Souls Book 2

Shadow of Night takes reluctant witch Diana Bishop and vampire geneticist Matthew Clairmont on a trip through time to Elizabethan London. Where they are plunged into a world of spies, magic, and a coterie of Matthew’s old friends, the School of Night. As the search for Ashmole 782, the lost and enchanted manuscript whose mystery first pulled Diana and Matthew into one another’s orbit deepens. And Diana seeks out a witch to tutor her in magic, the net of Matthew’s past tightens around them. Together they find they must embark on a very different – and vastly more dangerous – journey.

The Book Of Life – All Souls Book 3

Witch Diana Bishop and vampire scientist Matthew Clairmont return to the present to face new crises and old enemies. At Matthew’s ancestral home at Sept-Tours, they reunite with the cast of characters from A Discovery of Witches but with one significant exception. But the real threat to their future has yet to be revealed. And when it is, the search for Ashmole 782 and its missing pages takes on even more urgency. In the trilogy’s final volume, Harkness deepens her themes of power and passion, family and caring, past deeds and their present consequences. In ancestral homes and university laboratories, using ancient knowledge and modern science. From the hills of the Auvergne to the palaces of Venice and beyond, the couple at last learn what the witches discovered so many centuries ago.

What does it truly take to become a vampire?

On the battlefields of the American Revolution, Matthew de Clermont meets Marcus MacNeil, a young surgeon from Massachusetts, during a moment of political awakening when it seems that the world is on the brink of a brighter future. When Matthew offers him a chance at immortality and a new life free from the restraints of his puritanical upbringing, Marcus seizes the opportunity to become a vampire. But his transformation is not an easy one and the ancient traditions and responsibilities of the de Clermont family clash with Marcus’s deeply held beliefs in liberty, equality, and brotherhood.

Fast-forward to contemporary Paris, where Phoebe Taylor–the young employee at Sotheby’s whom Marcus has fallen for–is about to embark on her own journey to immortality. Though the modernized version of the process at first seems uncomplicated, the couple discovers that the challenges facing a human who wishes to be a vampire are no less formidable than they were in the eighteenth century. The shadows that Marcus believed he’d escaped centuries ago may return to haunt them both–forever.

The Discovery Of Witches TV Series

In 2018 The Discovery Of Witches TV Series premiered, entitled after the first book in the series. The first TV series follows the events of book one, A Discovery Of Witches. The series starred Teresa Palmer and Matthew Goode as Diane Bishop and Matthew Clairmont. The series was met with mostly positive response, particularly for the chemistry between the two leads. It was then quickly confirmed that there would be two more series following. The third and final series started airing in January 2022.

How many Discovery of Witches books are there?

There are four Discovery Of Witches books – the reading order is as follows:

Is there a book 4 of discovery of witches?

Yes, there is a book 4 of Discovery Of Witches (All Souls Series), it is called Time’s convert and it works as a prequel to the main series, featuring characters from the All Souls world. The full series order is as follows:

Does the Discovery of Witches series follow the books?

The Discovery of Witches TV series does follow the All Souls book series quite faithfully. The first season of the TV show follows the first book, A Discovery Of Witches. The second series then follows book two, Shadow Of Night.

Is there a fifth book in the All Souls Trilogy?

The fifth book in the All Souls Trilogy is currently being written by Deborah Harkness. Like Time’s Convert it will be a prequel and will feature the characters from the All Souls series.

Did you enjoy the The All Souls books series? Let us know!

If you liked this, then check out Dune The Book Series Frank Herbert’s Sci Fi Masterpiece! 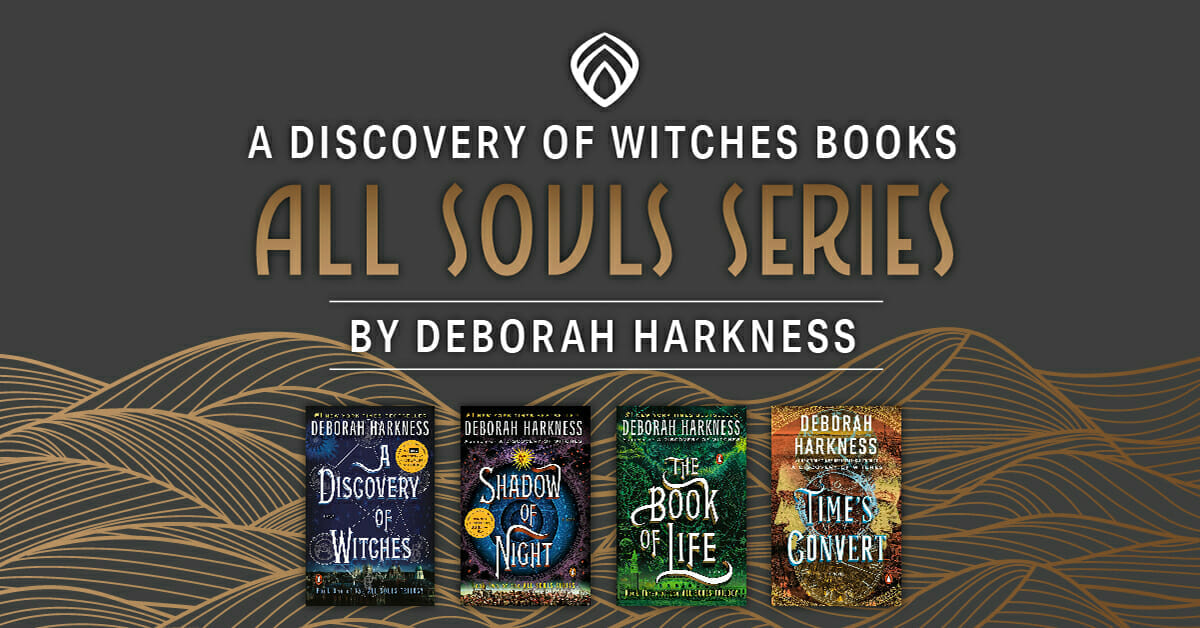