How Many Episodes Are In Naruto & All About!

Naruto is one of the most well-known anime series of all time. And it’s not hard to wonder why. Maybe you’ve been wanting to watch and wondering how much of a time commitment Naruto will be. We’ve got the answer here for you. So, check it out now!

Naruto and Naruto: Shippuden are two different series. Shippuden is set 2 and a half years after the events of the main series. But when you combine the two series there’s a total of 720 episodes for you to watch!

The Naruto series is based on the manga written and illustrated by Masashi Kishimoto, featuring the protagonist Naruto Uzumaki.

The main plot of Naruto happens after their village is attacked by a nine-tailed demon fox, the leader of the village sacrifices himself and seals the beast inside of the newborn Naruto. Shunned because of the beast, Naruto struggles to find his place, he desires to become the Hokage of Konohagakure, the new leader of the village. An adventure that leads him not only to new friends but to dangerous enemies.

A sequel, Naruto Shippuden follows on from the original show and overall both series ran for a span of 15 years from 2002 to 2017 with a huge 720 episodes overall. The manga and the anime have both been widely praised, particularly for its character development, fight scenes and storylines. So read on and find out everything you need to know about the Naruto series!

Already seen every episode? Test out your knowledge now with our Ultimate Naruto Quiz!

How Many Episodes Does Naruto have?

This is the main series of the original Naruto anime, which aired from 2002-2007, has a total of 220 episodes split across 5 seasons. The series was directed by Hayato Date and it premiered in Japan on October 3 2002 and ran until February 8 2007 after 220 episodes. In 2005 Viz acquired the license for broadcast and the show was aired for the first time with the English dub (it was previously only available as English subtitled). This season does feature a time skip of two and a half years, which gives the characters time for development.

How Many Episodes Does Naruto: Shippuden Have?

Naruto: Shippuden, which aired from 2007-2017, has a total of 500 episodes split across 21 seasons. This sequel series follows Naruto as he continues his quest to become Hokage of his village. In this season Naruto is older and the plotlines are more serious and the anime is regarded to have a better balance of comedy and drama.

Some Fun Naruto Facts For You

How many episodes does Naruto currently have?

There are 220 episodes in the main series of Naruto. There are 500 Naruto Shippuden episodes. Therefore, overall there are 720 episodes.

How many Naruto episodes are finished?

The grand total of finished Naruto episodes is 720. 220 in the main series and 500 in Naruto: Shippuden.

Is Naruto on Netflix complete?

On Netflix USA, the full five seasons of the main Naruto series are available to watch. However, Naruto: Shippuden is not currently available to stream on Netflix.

Does Naruto have 5 or 9 seasons?

The main Naruto series has 5 seasons. Naruto Shippuden has 21 seasons.

How many episodes are in Naruto Season 1?

There are 57 episodes in Naruto season 1.

Which season of Naruto is your fave? Let us know! 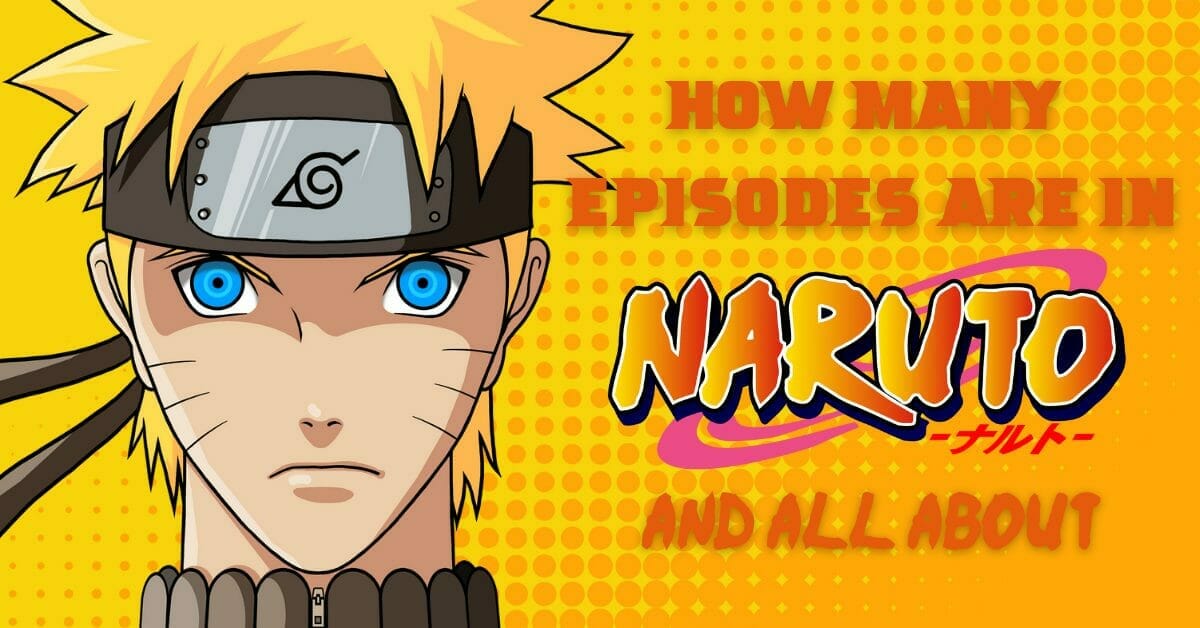