Have you ever struggled to find a good place to read manga free? If yes or if you just love manga, then we’ve got something for you. Read your favorite series digitally, so you don’t have loads of volumes taking up space and can save money by buying subscriptions instead. As well as some amazing free sites, we’ve also added in a couple of paid services too. Check out the best places to read manga free now!

Although Crunchyroll is better known for being a service where you can watch anime, it also has a section for manga. It’s available on iOS, Android and web-browser. And although you are able to read some manga for free on there, you can get ad-free manga as well as anime. With a Crunchyroll Premium account for a minimum of $7.99 a month, you have access to the both of them.

Manga Plus is owned by SHUEISHA, a Japanese manga publishing company. The app is available on iOS, Android and you can read using the web-browser too. And it’s completely free! Although some chapters are missing from some series, which means you can only read the first few chapters and the most recent.

Mangakakalot has a wide variety of manga for you to choose from. It’s only available on web-browser and is pretty much perfectly optimized for this use. There are also a lot of settings that you can alter to make reading online a more pleasant experience.

With over 100 genres to choose from, MangaOwl has a huge selection that is sure to have something for everyone. Particularly fans of romance! As well as some hidden gem series, there are also really popular titles to choose from as well.

Comic Walker is a really popular manga website in Japan. But it’s really easy to change the language to English for you to enjoy free manga. And if you wish you can choose to buy more of a particular series for those that aren’t entirely free.

Book Walker is a sister site to Book Walker, where you can buy a lot of manga and light novels. However, you can read a lot of free titles in e-book form. But if you did want to buy manga, they always have a load of good deals too!

Kiss Manga is one of the original sources of free manga. It also has an anime site as well – Kiss Anime. So, you can get free manga and anime from pretty much the same place.

Webtoons originated in South Korea, they are a type of manhwa – essentially Korean manga. Its available on iOS, Android and web-browser. Anyone can publish on there, so there is a good chance of finding a hidden gem. Many of the comics have had anime adaptations, like Tower of God and the God of High School. Its free, but you can purchase coins to get a Fast Pass to read chapters before anyone else.

VIZ Media is a company that translates print releases in Japan to English and publishes them. They also releases dubs for anime. Now as well as that, they releases digital chapters through Shonen Jump. It’s available on iOS, Android and web-browser. Whilst it’s not free, it only costs $1.99 a month for a Shonen Jump subscription with access to over 10,000 manga chapters.

Mangamo is the first mobile manga app subscription that gives readers unlimited access to a lot of titles from a lot of different publishers. It’s available on iOS and Android. For only $4.99 a month, you can have access to over 300 titles.

INKR is run by the same people who ran Manga Rock Comics, but this time they are actually supporting the creators. Its available on iOS and Android. Also, you can read it on web-browsers. INKR has the option for INKR Extra at $4.99 a month, which has unlimited reading and downloads to read offline. You can also purchase coins to unlock chapters of your choice.

Comixology is available on iOS, Android, Kindle and through web-browser. It is linked to Amazon, so you can use your Amazon account on there. Comixology offers an Unlimited subscription for $5.99 a month, where you have access to a selection of 20,000 manga/comic with no additional costs. As well as manga, Comixology also has comics from publishers, for example Marvel and DC, available

What is the best app for reading manga?

The following are the best apps for reading manga:

What app can you read manga offline free?

You can read free manga offline totally legally at the following sites:

Is there a free app for manga?

The following are free apps for Manga:

Where can I read manga online legally free?

You can read free manga online totally legally at the following sites:

Yes, some aspects of Crunchyroll Manga are free with some Manga is free but there is also a paid premium option, which is ad free and with more choice of Manga available.

No, Shonen Jump is not free. But whilst it’s not free, it only costs $1.99 a month for a Shonen Jump subscription with access to over 10,000 manga chapters.

Did this help you find the perfect place to read manga free? Let us know! 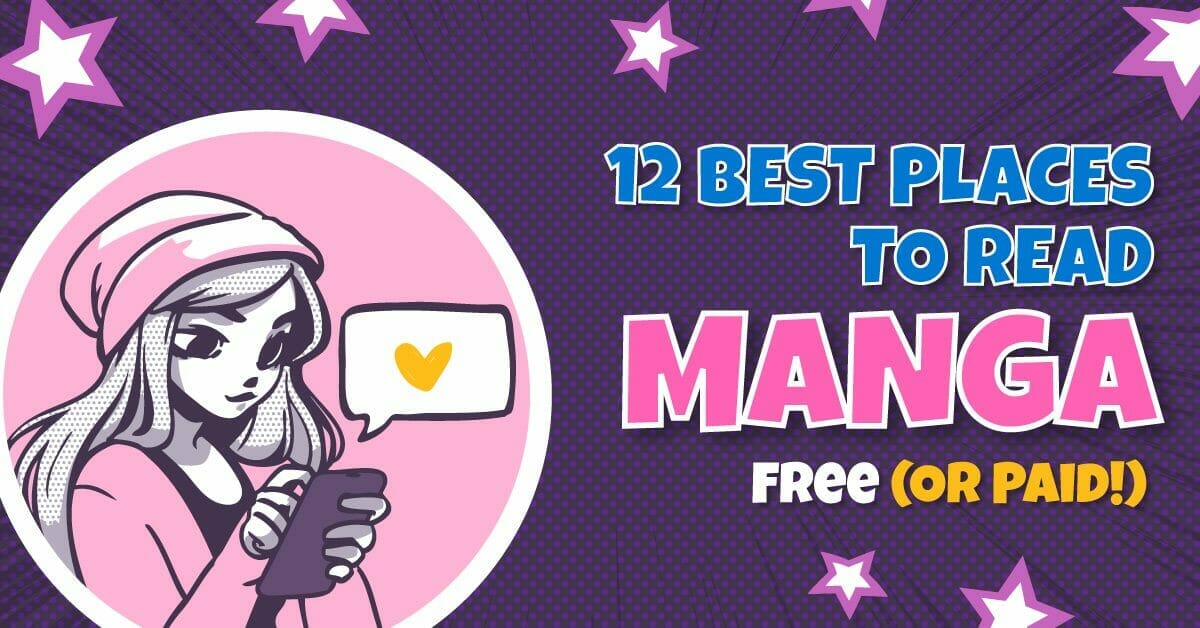