Outlast 2: A Spoiler-Free Review Of The Survival Horror Game

Four years after the original Outlast released in 2013 developed by Red Barrels, the sequel follows the perspective of Blake Langermann. We find ourselves right in the thick of Sullivan Knoth and his followers, who are preparing for the tribulations of the end of times. Critically praised for the graphics, sound design and atmosphere, Outlast 2 is a game you need to play. So, check out all you need to know and a spoiler-free review now!

Journalist Blake Langermann and his wife Lynn are roaming the Arizona desert to explore the murder of an unnamed pregnant woman. However, after their helicopter crashes, they are separated from each other. And now Blake is trying to find his wife. All whilst travelling through a village inhabited by a deranged sect that believes the end of days are upon them. Check out the story trailer below!

“Outlast 2 is the sequel to the acclaimed survival horror game Outlast. Set in the same universe as the first game, but with different characters and a different setting, Outlast 2 is a twisted new journey into the depths of the human mind and its dark secrets.

“Outlast 2 introduces you to Sullivan Knoth and his followers, who left our wicked world behind to give birth to Temple Gate, a town, deep in the wilderness and hidden from civilization. Knoth and his flock are preparing for the tribulations of the end of times and you’re right in the thick of it.

“You are Blake Langermann, a cameraman working with your wife, Lynn. The two of you are investigative journalists willing to take risks and dig deep to uncover the stories no one else will dare touch.

“You’re following a trail of clues that started with the seemingly impossible murder of a pregnant woman known only as Jane Doe.

“The investigation has lead you miles into the Arizona desert, to a darkness so deep that no one could shed light upon it, and a corruption so profound that going mad may be the only sane thing to do.“

The story follows both the present and the past of Blake’s life. In the past – which is set in a school – you learn about what happened to Blake and Lynn’s friend Jessica. And in the present, you learn about a delirious Christian cult – lead by Sullivan Knox – and a Satanic splinter group known as the Heretics – lead by Val. But, both sides are after Lynn so it’s no easy task for Blake to get back to his wife and escape. As you make your way through the game you discover letters and video recordings that bring the story together.

Set in a secluded villages surrounded by forests, it makes great use of the chilling atmosphere. From heavy fog to extreme darkness, it can be difficult to navigate your way through the wilderness and it’s really hard to see what’s hiding in the dark. And even when we’re taken back to a more modern and brighter school, it’s still an extremely chilling experience. But the atmosphere is truly perfected when the blood rain begins and gives the game a stunning (and equally terrifying) red haze.

And instead of having a torch or flashlight for a source of light, you have to use the night vision on your camera, which gives the game a green tinge. But using this also drains the battery, so whilst you need to see you also need to be cautious of the battery life at the same time.

Although the story and setting are completely different to the first game, the sequel stays true to the original by the fact that you play as a journalist and document your horrifying experience on camera. And it’s either run or hide as you’re unable to fight back against the enemies. As a slight warning, like the first Outlast game, it gets very violent at times.

The second Outlast is an amazing game that relies heavily on the atmosphere to make things super scary. And the graphic are exceptional, making the game terrifyingly beautiful. So, if you’re a horror game fan, the Outlast series is one you don’t want to miss out on!

The second Outlast game is terrifying, with jump scares, constant darkness, and terrifying scenes. However, it is still really fun to play.

Why is Outlast 1 better than 2?

Whilst it can be hard to compare the two of them, the second Outlast does have many things the first one did not – better graphics and atmosphere, smarter AI. However, at the time, Outlast was new and original. And the characters are much more terrifying and unique in the first one.

Is Outlast 3 coming out?

Yes! The Outlast Trials will be releasing sometime in 2022.

What is the monster in Outlast 2?

The monster in the school is Father Loutermilch, a music teacher at the school. However, he most often appears in a demon form and chases Blake through the halls. But as throughout the game, you learn more about Loutermilch and what happened to Jessica.

Have you played Outlast 2 already or will you play it now? Let us know! 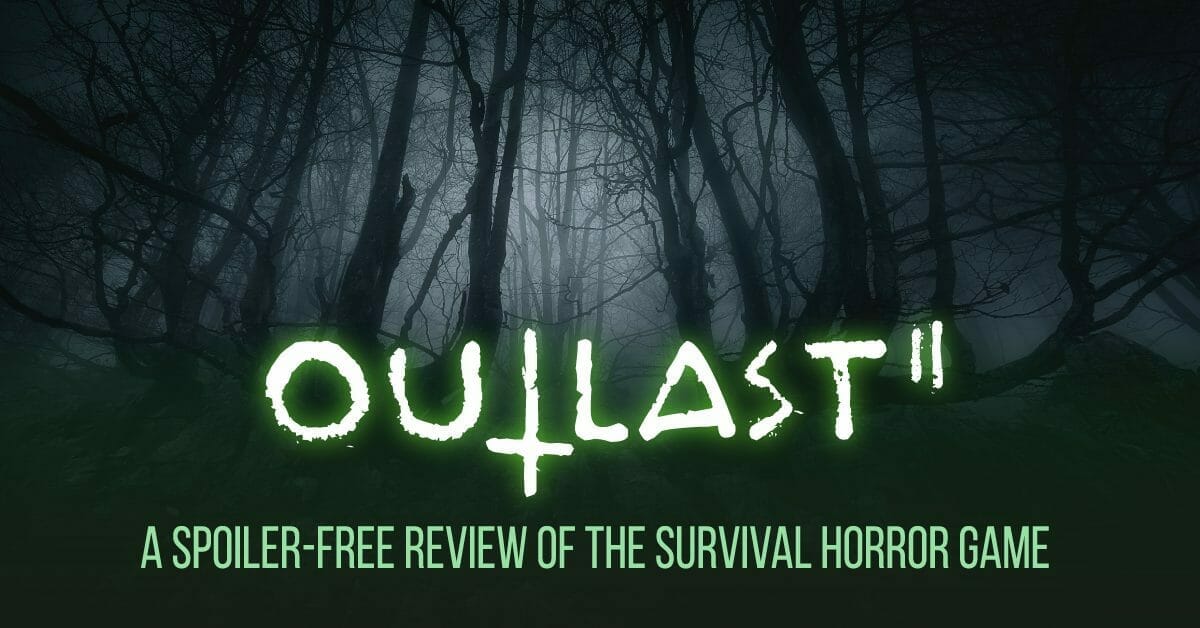