All You Need to Know about the Odd Thomas Movie

Odd Thomas is the 2013 film adaption of the popular urban fantasy series by established author Dean Koontz. With a series that many hold close to their hearts, many may wonder how the movie’s adaption held up. We’re here to give you all the details you need to know about the Odd Thomas movie, so keep reading!

What is Odd Thomas?

Odd Thomas is the name of our underdog protagonist. Yes, the guy’s name really is Odd Thomas – odd, right? Working as a short order cook in a diner, he mainly spends his time waiting for customers and hanging out with his girlfriend, Stormy, the manager of a mall ice cream shop. His life is easy and uncomplicated if a little underachieved; he has no car, no property; and not much going for him.
Except for one thing: Odd can see the dead.
When things start to get a little out of hand, it’s up to Odd to use his abilities to set things right.

The Odd Thomas movie is directed and written by acclaimed writer and director Stephen Sommers – famous for the cult classic movie franchise The Mummy. Those who are familiar with The Mummy may expect Sommer’s classic action shots and use of quick zooms, slow-motion fighting and freeze-frames. Dynamic and exciting, the Saturn Award nominee knows how to create action-packed movies to keep the audience entertained.

With a strong cast boasting some famous faces such as Willem Dafoe and Anton Yelchin, it’s no surprise that this movie went on to win a Saturn Award for best DVD/Blu-Ray release.

Check out the trailer!

The Odd Thomas Movie: Our Overview!

The desert small town in California gives us the distinct taste of small-town America, a perfect setting for the urban fantasy series.

One day, Odd has a macabre encounter with faceless people wearing bowling shirts crying out for Odd to save them. This is followed immediately by Odd and the faceless victims being gunned down by a faceless gunman. Slightly perturbed by the dream, Odd goes for his shift in the diner, where he serves lunge to a man called Robert Robertson. Dubbed as Fungus Bob (because his hair looks like some type of bacterial growth), the man is surrounded by creatures known as bodachs. These creatures feed on evil and carnage and are a sign something horribly violent is doomed to come.

Odd knows something is up. Using his psychic magnetism, Odd follows Fungus Bob. He ends up at the mall where Odd’s girlfriend, Stormy, manages an ice cream store. Going on to follow Fungus Bob to his home, he breaks in and uncovers some disturbing information.

Odd finds a file containing newspaper clippings of mass murderers, meticulously ordered by name. Odd takes in the surroundings. With a looming sense of dread, he realises that Fungus Bob is planning something terrible. Odd reports his findings to Chief Porter, whom he has an agreement with. The chief knows about his abilities and takes the heads up.

Odd is led by his powers to a bowling alley, where the new uniform matches the ones he saw in his dream. Chief Porter sends Officer Varner to watch the place but Varner is suspicious about Odd’s judgement.

What follows next is a trail of carnage: an officer has been mauled to death by dogs; Fungus Bob is found shot to death in Odd’s bathtub, with evidence framing Odd for the murder; Chief Porter is shot in a home invasion and is in serious condition.

Returning to Bob’s home, Odd finds a lot of items which are cause for concern, none moreso than the fridge and freezer full of human body parts so Robertson’s poltergeist destroys the house and the evidence is lost.

Odd recognises that Fungus Bob has a tattoo matching Officer Varner’s. Realising the two are conspiring, Odd urgently follows his psychic magnetism to the mall. There, the security staff have been murdered by Officer Eckles. Successfully disabling the officer, Odd takes his pistol and seeks out Varner.

He follows the screams to the area of the mall Stormy works and there he kills another gunman as he attempts to reload the automatic weapon. A lingering spirit guides Odd to the loading dock where Bob’s moving van is packed with explosives on a time, prepared to kill first responders and people in the mall as they try to escape.

Odd then takes the van and drives it away from the mall when Varner returns and attempts to kill Odd. He manages to jump from the van as Varner enters the cab, which sends the van into a ditch and explodes – killing Varner.

Odd wakes up in the hospital to Stormy tending him. He is hailed as a local hero but the only thing on his mind is spending time with Stormy. At Stormy’s apartment, Odd finds out that Stormy had been killed in the mall shooting and he had been spending time only with her spirit. Odd bids Stormy to go to the afterlife and not stay as a restless spirit.

After a tearful goodbye, Odd travels to Las Vegas to continue to help the living and the dead.

The 2013 Odd Thomas movie adaption flaunts some famous faces, as well as some talents who have breathed some new life into the movie with their fresh faces. Check them out as we give a short run-down on the characters!

Lily Collins, Emma Roberts, Kat Dennings and Portia Doubleday were considered for the role of Stormy.

Is The Odd Thomas Movie on Netflix?

Although the movie was added to Netflix in 2014, in many countries it remains unavailable. Odd Thomas is available on Amazon Video.

Is There an Odd Thomas Movie sequel?

No. Likewise, the following question ‘will there ever be a sequel’ is also very unlikely. Initially, the announcement of a sequel was slowed due to an ongoing lawsuit and following the tragic death of Anton Yelchin in 2016, for that reason, it is unlikely the movie series will carry on.

What was the Odd Thomas Movie lawsuit?

The producers of Odd Thomas, sued several entities alleging that they failed to provide $35 million that correspondingly would have gone toward marketing and distributing the movie as well as paying back production plans. As a matter of fact, due to this lawsuit, the film was caught in limbo and failed to have the release anticipated and was relegated to Direct to Video.

How many Odd Thomas Movies are there?

Currently, this is the only Odd Thomas movie.

What did you think of Odd Thomas? Let us know! 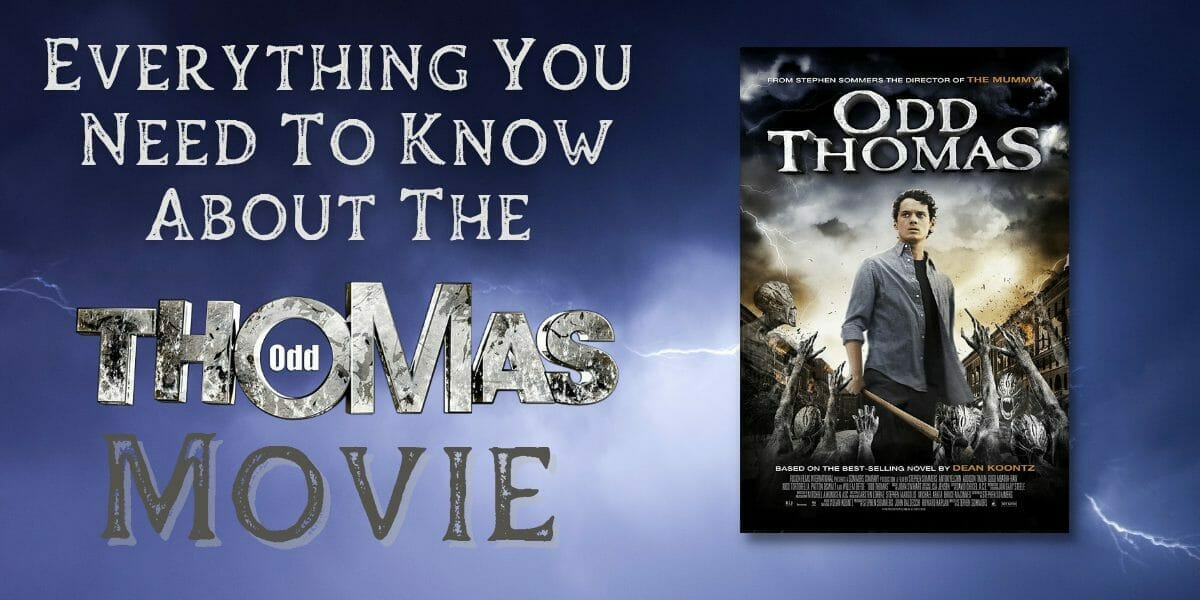