New Fantasy Movies That Are Going To Hit In 2022!

We are certainly excited about this one! As a long-awaited and direct sequel to Thor: Ragnarok (2017), Thor: Love and Thunder is an upcoming superhero film. Also, it will be the 29th film in the Marvel Cinematic Universe (MCU). The film will be directed by Taika Waititi (who also provides the voice of the lovable Korg).

So the film is going to adapt elements from Jason Aaron’s run on The Mighty Thor comic book. As a result, this means we will see Portman’s character Jane Foster take on the mantle and powers of Thor whilst suffering from cancer.  But, there are no other plot details yet. However the cast list includes some of the Guardians Of The Galaxy in an ensemble cast so we can’t wait to see where this movie goes!

Check out the teaser trailer here >>

Doctor Strange In The Multiverse Of Madness

Following the events of Avengers: Endgame (2019), WandaVision (2021), and the first season of Loki (2021), Dr Stephen Strange’s continuing research on the Time Stone is hindered by a friend-turned-enemy, resulting in Strange unleashing unspeakable evil.

Check out the first trailer here >>

Black Adam is an upcoming superhero film based on the DC Comics character of the same name. And additionally, it’s a spin-off to Shazam! (2019) So this will be the eleventh film in the DC Extended Universe (DCEU).

Johnson was attached to Shazam early in development. It was then confirmed that he would portray the villain Black Adam. But any plot details surrounding the new movie are as yet unknown.

We’re finally getting a movie for The Flash! So, it will be a superhero film based on the DC Comics character of the same name. It is the twelfth movie in the DC Extended Universe (DCEU). In The Flash, Barry Allen travels back in time to prevent his mother’s murder, which brings unintended consequences to his timeline.

Have a look at the first trailer here >>

Morbius is a superhero film based on the Marvel Comics character Morbius, the Living Vampire. It is intended to be the third film in Sony’s Spider-Man Universe, and is being directed by Daniel Espinosa. Suffering from a rare blood disease, Michael Morbius tries a dangerous cure that afflicts him with a form of vampirism.

Check out the trailer here >>

Black Panther: Wakanda Forever is an upcoming superhero film that is the sequel to Black Panther (2018). It’s produced by Marvel Studios and distributed by Walt Disney Studios Motion Pictures. This movie will be the 30th film in the Marvel Cinematic Universe (MCU).

So a sequel to Black Panther was planned after the release of the original film in February 2018. However, plans for the film had to be changed with the tragic death of Black Panther star Chadwick Boseman from colon cancer.  As a result, Marvel rightly chose not to recast his role of T’Challa. Additionally, other main cast members from the first film were confirmed to return by that November, and the title was announced in May 2021. So, the sequel will continue to explore the incomparable world of Wakanda and all the rich and varied characters first introduced in the 2018 film.

Spiderman Across The Spiderverse

The amazing movie Spider-Man: Into The Spider-Verse sequel will finally be with us in 2022!  So the Spider-Man: Into the Spider-Verse sequel will be a computer-animated superhero film featuring the Marvel Comics character Miles Morales/Spider-Man. Likewise to the first movie, it is set in a shared multiverse of alternate universes called the “Spider-Verse”. Additionally, the movie is set to focus on the relationship between Morales and Steinfeld’s Gwen Stacy / Spider-Woman.

Check out the trailer for the amazing Spider-Man: Across The Spider-Verse >>

Aquaman And The Lost Kingdom

So the sequel to Aquaman is set to be released next year! As the thirteenth film in the DC Extended Universe (DCEU), Aquaman and the Lost Kingdom is a superhero film based on the DC Comics character Aquaman. There aren’t any plot details known yet but watch this space and we will keep you updated!

In 2022, the classic tale of Pinocchio is getting a live-action-CGI animated musical fantasy drama remake. It is directed by Robert Zemeckis from a screenplay by Zemeckis and Chris Weitz, and produced by Walt Disney Pictures. Therefore, it is a remake of the 1940 film of the same name, which is itself based on the 1883 Italian book The Adventures of Pinocchio, by Carlo Collodi. In addition to the live-action cast Benjamin Evan Ainsworth, Joseph Gordon-Levitt, Keegan-Michael Key and Lorraine Bracco will be featured in voice roles.

Fifteen years after her happily ever after, Giselle, Robert, and Morgan move to a new house in the suburb of Monroeville. But then they find that the community is overseen by Malvina Monroe, who has nefarious intentions for the family. When problems arise, Giselle wishes that their lives were the perfect fairytale. The spell backfires, with Giselle rushing to save her family and her homeland of the Kingdom of Andalasia before the clock strikes midnight.

The movie will be a Disney+ exclusive film.

Which of these new fantasy movies are you most excited for? Let us know! 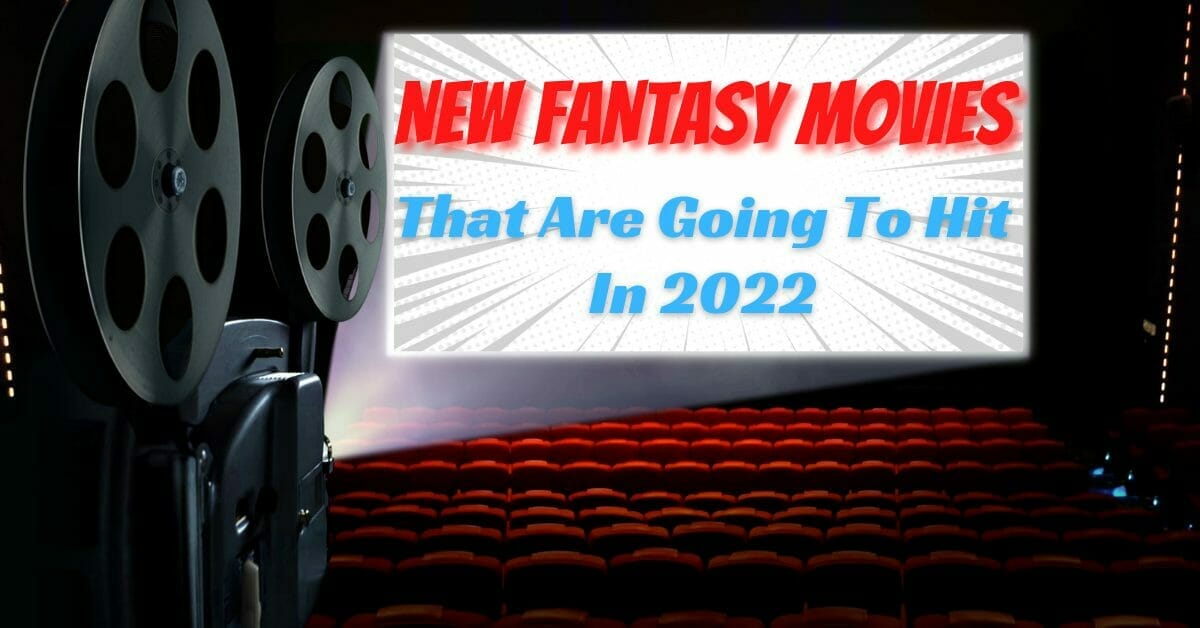