2022 has only just begun and we are so excited for these upcoming fantasy book releases. So, we decided to pick out the 22 best fantasy books 2022. We’ve got all of your favorite fantasy authors like Sarah J Maas, Holly Black, and Brandon Sanderson, along with more amazing authors for you to anticipate over the year. From super close February releases all the way to November, check out the best fantasy books 2022 now!

The king is dead, his queen is missing. On the amber coast, the usurper king is driving Zavonia to the brink of war. A dangerous magical power is rising up in Biela Miasto, and the only people who can set things right are a failed bodyguard, a Landstrider witch, and the assassin who set off the whole sorry chain of events.

A young woman’s quest to free her mother pits her against the most powerful immortal in the realm and sets her on a dangerous path.

Growing up on the moon, Xingyin is accustomed to solitude, unaware that she is being hidden from the powerful Celestial Emperor who exiled her mother for stealing his elixir of immortality. But when Xingyin’s magic flares and her existence is discovered, she is forced to flee her home, leaving her mother behind.

From the moment Sunny Nwazue discovered she had magical energy flowing in her blood, she sought to understand and control her powers. Now, those hard lessons and abilities are put to the test in a quest so dangerous and fantastical, it would be madness to go. But it could destroy the world if she doesn’t.

How High We Go In The Dark – Sequoia Nagamatsu

In 2030, a grieving archeologist arrives in the Arctic Circle to continue the work of his recently deceased daughter at the Batagaika Crater, where researchers are studying long-buried secrets now revealed in melting permafrost, including the perfectly preserved remains of a girl who appears to have died of an ancient virus. Once unleashed, the Arctic plague will reshape life on Earth for generations to come.

Bryce Quinlan and Hunter Athalar are trying to get back to normal. They may have saved Crescent City, but they want a chance to relax. The Asteri have kept their word so far, leaving them alone. However with the rebels chipping away at the Asteri’s power, the threat the rulers pose is growing.

The Thousand Eyes – A K Larkwood

Just when they thought they were out…

Two years after defying the wizard Belthandros Sethennai and escaping into the great unknown, Csorwe and Shuthmili have made a new life for themselves. Along for the ride is Tal Charossa, determined to leave the humiliation and heartbreak of his hometown far behind him. But when a routine expedition goes off the rails and a terrifying imperial relic awakens, they find that a common enemy may be all it takes to bring them back into Sethennai’s orbit.

Sogolon takes center stage and gives her own account of what happened to the boy who disappeared, and how she plotted and fought, triumphed and failed as she looked for him. It’s also the story of a century-long feud—seen through the eyes of a 177-year-old witch.

Kithamar is a center of trade and wealth, an ancient city with a long, bloody history where countless thousands live and their stories unfold.

When Alys’s brother is murdered, a petty thief from the slums of Longhill sets out to discover who killed him and why. But the more she discovers about him, the more she learns about herself. And the truths she finds are more dangerous than knives.

The Justice Of Kings – Richard Swan

The Empire of the Wolf simmers with unrest. Rebels, heretics, and powerful patricians all challenge the power of the Imperial throne.

Only the Order of Justices stands in the way of chaos. Sir Konrad Vonvalt is the most feared Justice of all. At his side stands Helena Sedanka, his talented protégé, orphaned by the wars that forged the Empire. And when the pair investigates the murder of a provincial aristocrat, they unearth a conspiracy that stretches to the very top of Imperial society.

Casteel Da’Neer knows all too well that very few are as cunning or vicious as the Blood Queen. But no one, not even him, could’ve prepared for the staggering revelations. And nothing will stop Poppy from freeing her King and destroying everything the Blood Crown stands for. Together, Poppy and Casteel must embrace traditions old and new to safeguard those they hold dear.

The City Of Dusk – Tara Sim

The Four Realms—Life, Death, Light, and Darkness—all converge on the city of dusk. For each realm there is a god, and for each god there is an heir. But the gods have withdrawn their favor from the once vibrant and thriving city. And without it, all the realms are dying. Unwilling to stand by and watch the destruction, the four heirs will sacrifice everything to save the city.

The Bone Orchard – Sara A Mueller

The wealthy and powerful of Borenguard come to Charm’s house to buy time with the girls who aren’t real. Except on Tuesdays, which is when the Emperor himself lays claim to his mistress, Charm herself. But now Charm is also the only person who can keep an empire together by discovering which one is responsible for his own murder.

Wild And Wicked Things – Francesca May

Neither real magic nor faux magic interests Annie Mason. Not after it stole her future. She’s only on the island to settle her late father’s estate and, hopefully, reconnect with her long-absent best friend, Beatrice, who fled their dreary lives for a more glamorous one. Yet Crow Island is brimming with temptation, and the biggest one may be her enigmatic new neighbor.

It’s all about blood. Especially the blood of the former Legatus, Verne Amari, murdered. For his granddaughter, Ikenna, the only thing steady in her life was the man who had saved Mareen. The man who had trained her in secret, not just in martial skills, but in harnessing the blood gift that coursed through her. Who trained her to keep that a secret. But now there are too many secrets.

Book 2 Between Earth And Sky

The great city of Tova is shattered. The sun is held within the smothering grip of the Crow God’s eclipse, but a comet that marks the death of a ruler and heralds the rise of a new order is imminent. As sea captain Xiala is swept up in the chaos and currents of change, she finds an unexpected ally in the former Priest of Knives.

Marra never wanted to be a hero. As the shy, convent-raised, third-born daughter, she escaped the traditional fate of princesses, to be married away for the sake of an uncaring throne. But her sister wasn’t so fortunate. And after years of silence, Marra is done watching her suffer at the hands of a powerful and abusive prince.

The only daughter of the kingdom of Kekaya, Kaikeyi is raised on tales of the gods. Yet she watches as her father unceremoniously banishes her mother, listens as her own worth is reduced to how great a marriage alliance she can secure. And when she calls upon the gods for help, they never seem to hear.

The Discord Of Gods – Jenn Lyons

Book 5 A Chorus Of Dragons

Relos Var’s final plans to enslave the universe are on the cusp of fruition. He believes there’s only one being in existence that might be able to stop him: the demon Xaltorath. As these two masterminds circle each other, neither is paying attention to the third player on the board, Kihrin.

She’s spent half her life working for gloamists, magicians who manipulate shadows to peer into locked rooms, strangle people in their beds, or worse. They guard their secrets greedily, creating an underground economy. And to rob their fellow magicians, they need Charlie Hall.

The Shadow Of Lightning – Brian McClellan

Release Date: June 21 2022
Demir Grappo is an outcast. He fled a life of wealth and power, abandoning his responsibilities as a general, a governor, and a son. Now he will live out his days as a grifter, rootless, and alone. But when his mother is brutally murdered, Demir must return from exile to claim his seat at the head of the family and uncover the truth that got her killed.

Traduttore, traditore: An act of translation is always an act of betrayal.

1828. Robin Swift, orphaned by cholera in Canton, is brought to London by the mysterious Professor Lovell. There, he trains for years in preparation for the day he’ll enroll in Babel, the world’s center for translation and, more importantly, magic.

For years, frontier lawman turned big-city senator Waxillium Ladrian has hunted the shadowy organization the Set. When Detective Marasi Colms and her partner Wayne find stockpiled weapons bound for the Outer City of Bilming, this opens a new lead. Conflict between Elendel and the Outer Cities only favors the Set, and their tendrils now reach to the Elendel Senate and Bilming is even more entangled.

Which of these best fantasy books 2022 are you most excited for? Let us know!

If you liked this, then check out New Fantasy Movies That Are Going To Hit In 2022! 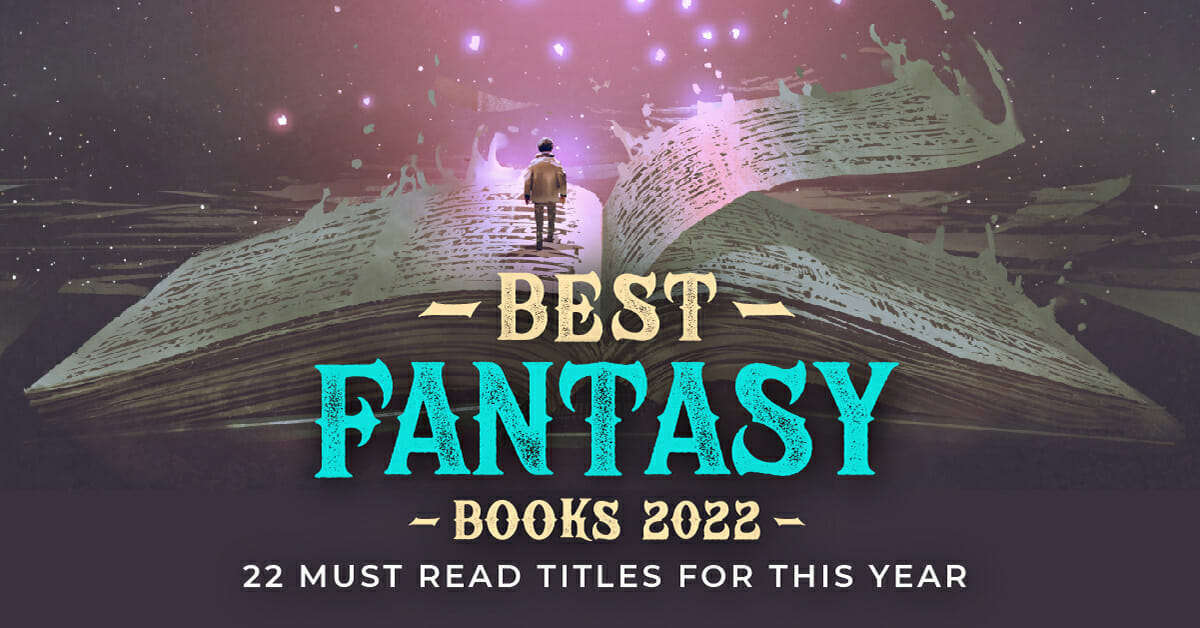