The Cruel Prince Series (The Folk Of The Air)

For fans of the Cruel Prince (Folk Of Air Series) by Holly Black!  Enter to win a free Folk Of Air 3-Book Boxset by Holly Black AND automatically get 7 additional fantasy novels delivered to your email!

The Cruel Prince series – or The Folk of the Air series – began in 2018 with The Cruel Prince and was written by Holly Black. The series details Jude’s struggle for power as a mortal in the land of the Faeiries. So, check it out now!

About The Cruel Prince Series

The Cruel Prince is a dark, twisted retelling of the fairytale Cinderella. The protagonist is Jude, who is constantly underestimated and underestimated by her stepmother and stepsisters. Jude quickly learns that the world she lives in is far more dangerous than she could have ever imagined, with many secrets hidden beneath the surface. Jude was born mortal and raised in New York City, but after her mother died she found herself living with the immortal faeries who are called The Fair Folk or The High Court. She must learn how to navigate this new world, which includes an arranged marriage that will either lead to glory or heartbreak.

The Cruel Prince Books In Order

There are three books in The Cruel Prince Series and the following is the recommended reading order:

Of course I want to be like them. They’re beautiful as blades forged in some divine fire. They will live forever. And Cardan is even more beautiful than the rest. I hate him more than all the others. I hate him so much that sometimes when I look at him, I can hardly breathe.

One terrible morning, Jude and her sisters see their parents murdered in front of them. The terrifying assassin abducts all three girls to the world of Faerie, where Jude is installed in the royal court.

As she grows older, she realises that she will need to take part in the dangerous deceptions of the fey to ever truly belong. But the stairway to power is fraught with shadows and betrayal. And looming over it all is the charismatic and arrogant Prince Cardan.

After discovering that Oak is the heir to Faerie, Jude must keep her brother safe. But to do so, she has bound the wicked king Cardan to her. And has made herself the power behind the throne.

When it becomes all too clear that someone close to Jude means to betray her, she must uncover the traitor. And fight her own complicated feelings for Cardan to maintain control.

The Queen of Nothing – Book 3

He will be the destruction of the crown and the ruination of the throne.

Power is much easier to acquire than it is to hold onto. Jude learned this lesson when she released her control over the wicked king, Carden, in exchange for immeasurable power. Now as the exiled mortal Queen of Faerie, Jude is powerless.

Opportunity arrives in the form of her twin sister, whose life is in peril. Jude must risk venturing back into the treacherous Faerie Court and confront her lingering feelings for Cardan, if she wishes to save her sister.

What order should I read The Cruel Prince series?

The novels will make the most sense when read in order. Which is as follows: The Cruel Prince, The Wicked King, and then The Queen of Nothing.

Is The Cruel Prince a trilogy?

Yes, there are three novels in the Folk of the Air trilogy. You can find out more below!

Will The Cruel Prince become a movie?

Whilst not much is known yet, back in 2017, Universal won the screen rights to the movie. So, there’s definitely potential for The Cruel Prince to become a movie soon!

Can you read The Cruel Prince as a stand alone?

Whilst you can read it as a stand alone, it’s best enjoyed as a series. So you can learn the full story about what happens to Jude in the Faerie land.

Which of the Cruel Prince series books are your favorite? Let us know! 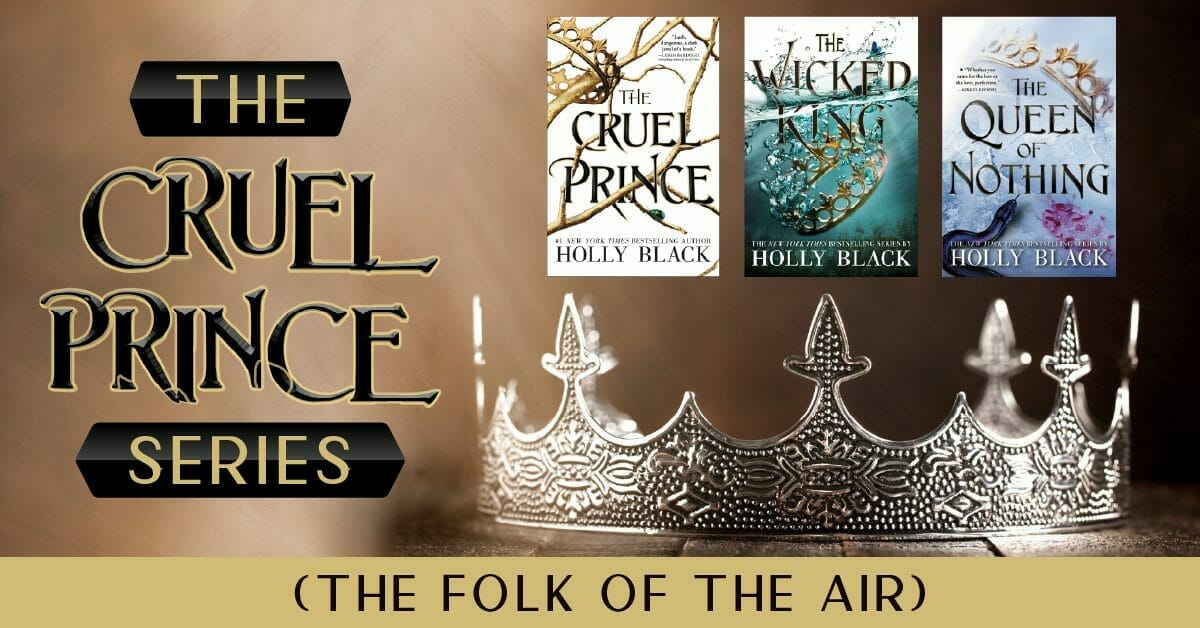