17 Sci Fi Book Series That You Need To Discover

If you’re looking for your next sci fi fix and want something that will last you a little longer, then check out these sci fi books series. Additionally, with explorations of space and the universe, these books will take you on a journey that you won’t be able to put down. So, be sure to check out the best sci fi book series now, they are the best in the solar system! Science fiction and fantasy

The crew of the spacecraft Discovery are embarking on a mission to Saturn. Their vessel is controlled by HAL 9000. It’s an artificially intelligent supercomputer capable of the highest level of cognitive functioning that rivals the human mind.

The Binti Trilogy is a series of 3 novella in the African Futuristic science fiction genre. There are three titles in the series – Binti, Binti: Home and Binti: The Night Masquerade. The series follows the story of the protagonist, a young woman called Binti as she leaves earth to study at a prestigious university in space.

Takeshi Kovac is the name of the protagonist in this series from Richard K Morgan. The series is cyberpunk and is set in the future where interstellar travel and immortality is possible by transferring consciousness between bodies. The first book in the series was adapted into a Netflix series.

The series kicks off in book one on the desert planet Arrakis. So, Paul Atreides is heir to a noble family tasked with ruling an inhospitable world. The only thing of value is the ‘spice’ melange, a drug capable of extending life and enhancing consciousness. It’s a prize worth killing for. And when House Atreides is betrayed, Paul will set out on a journey toward a destiny greater than he could ever have imagined.

The Hainish Cycle is made up of several novels and short stories from acclaimed sci fi author Ursula K LeGuin. The series is set in an alternate universe where humans live on planets orbiting nearby stars. In time these planets begin to contact each other in an effort to establish diplomatic relations. Certainly, this is a series not to miss from a huge name in sci fi.

The Hitchhikers Guide To The Galaxy – Douglas Adams

Don’t panic! That’s one of the messages from this comedy sci fi series from Douglas Adams. It’s the story of the last human who somehow survived the senseless destruction of the earth. And thus their subsequent adventures in space attempting to discover the meaning of life (or a decent cup of tea!). So, Arthur Dent miraculously survives the end of the world with a twist of fate. He is then is taken on a journey into space with Ford Prefect. A human like alien who so happens to be the writer for The Hitchhikers Guide To The Galaxy.

Another entry on this list from sci fi author Octavia E Butler and this was her first published series. So, the Patternist Series that deals with a secret history which begins in ancient Eygpt and runs right through to the future. Black Women In America details that the series details “racial and gender-based animosity, the ethical implications of biological engineering, the question of what it means to be human, ethical and unethical uses of power, and how the assumption of power changes people.”

The Culture Series is a sci fi series from Scottish author Iain M Banks. The first book was released in 1987 and the last one in 2012. The books follow the story of The Culture. So, this a society of humanoid aliens and superintelligent AI spread across the galaxy of the Milky Way. Additionally, the series focuses on the dilemmas that advanced civilizations face when dealing with less advanced civilizations. Each book in the series is a self contained story and there are different characters in each book. But each novels does reference to events in previous novels.

The Sprawl Trilogy is the first series of novels from author William Gibson. So, Neuromancer, Count Zero and Mona Lisa Overdrive make up the series. Additionally, the books are all set in the same future and are linked by characters and themes. The books take place in alternate history after a fictional World War 3 where the world is dominated by corporations and technology. So, the arc over the entire series is the development of Artificial Intelligence and the chance that it is capable of developing into something else. This book has been the inspiration for many sci fi video games.

The Mars Trilogy is a science fiction series from Kim Stanley Robinson. The series is made up of Red Mars, Green Mars and Blue Mars. So, he books follow the settlement and terraforming of the planet Mars. Additionally, the story is told from the viewpoint of many characters and it covers almost two centuries. The main focus of the story is the scientific advances that are being made on Mars. Meanwhile Earth is suffering from overpopulation and ecological disaster. The series has been the recipient of a great many awards and it isn’t one to miss!

The Imperial Radch series is the debut space opera series from Ann Leckie. So, the book tells the story of Breq who is the sole survivor of a destroyed starship. Breq is seeking revenge against the ruler of their civilization.

The first novel in the series, Ancillary Justice was the recipient of much critical praise and it is the only novel ever to have won the Hugo, Nebula and Arthur C Clarke awards.

The Silo trilogy is a post apocalyptic series from author Hugh Howie. It begins with Wool and continues with Shift and Dust. The story takes place on a post apocalyptic earth where humanity struggles to survive in the Silo. The Silo is a subterranean city far far below the surface of the earth. The books follow a number of different characters as they try to solve the mystery of the Silo and the secrets it holds.

The Xenogenesis series from Octavia E Butler is now more widely known as Lillith’s Brood. The series is set in a post apocalyptic world where an alien race calls on one woman to revive mankind. So for the first time since the nuclear holocaust Earth will be inhabited. But the children will not be exactly human.

The series has won many awards, including the Hugo and Nebula awards and is another series not to be missed from this amazing sci fi author.

Remembrance Of Earth’s Past – Cixin Liu

Set against the backdrop of China’s Cultural Revolution, a secret military project sends signals into space to establish contact with aliens. An alien civilization on the brink of destruction captures the signal and plans to invade Earth. Meanwhile, on Earth, different camps start forming. They plan to either welcome the superior beings and help them take over a world seen as corrupt, or to fight against the invasion. The series is also soon to be made into a Netflix original series!

The Vorkosigan Saga is a science fiction series from American author Lois McMaster Bujold. It is made up of a series of novels and short stories set in a common fictional universe. The first title was published in 1986 and the most recent in 2018. The story is told from varying view points. When Cordelia Naismith and her survey crew are attacked by a renegade group from Barrayar, she is taken prisoner by Aral Vorkosigan. Who is the commander of the Barrayan ship that has been taken over by an ambitious and ruthless crew member. Aral and Cordelia survive countless mishaps while their mutual admiration and even stronger feelings emerge.

The Foundation novels of Isaac Asimov are among the most influential in the history of science fiction, celebrated for their unique blend of breathtaking action, daring ideas, and extensive worldbuilding. In Foundation, Asimov has written a timely and timeless novel of the best—and worst—that lies in humanity, and the power of even a few courageous souls to shine a light in a universe of darkness.

Ned Henry is badly in need of a rest. He’s been shuttling between the 21st century and the 1940s searching for a Victorian atrocity called the bishop’s bird stump. It’s part of a project to restore the famed Coventry Cathedral, destroyed in a Nazi air raid over a hundred years earlier.

But then Verity Kindle, a fellow time traveler, inadvertently brings back something from the past. Now Ned must jump back to the Victorian era to help Verity put things right—not only to save the project but to prevent altering history itself. Winner of the Nebula and Hugo awards.

What is the best science fiction book ever written?

Here are some of the best sceince fiction books ever written:

What scifi series should I read?

The following list are some amazing scifi series to read:

Where should I start sci-fi books?

The following books would be a great entry books to start with sci-fi books:

Which of these science fiction books series are your fave? Let us know! 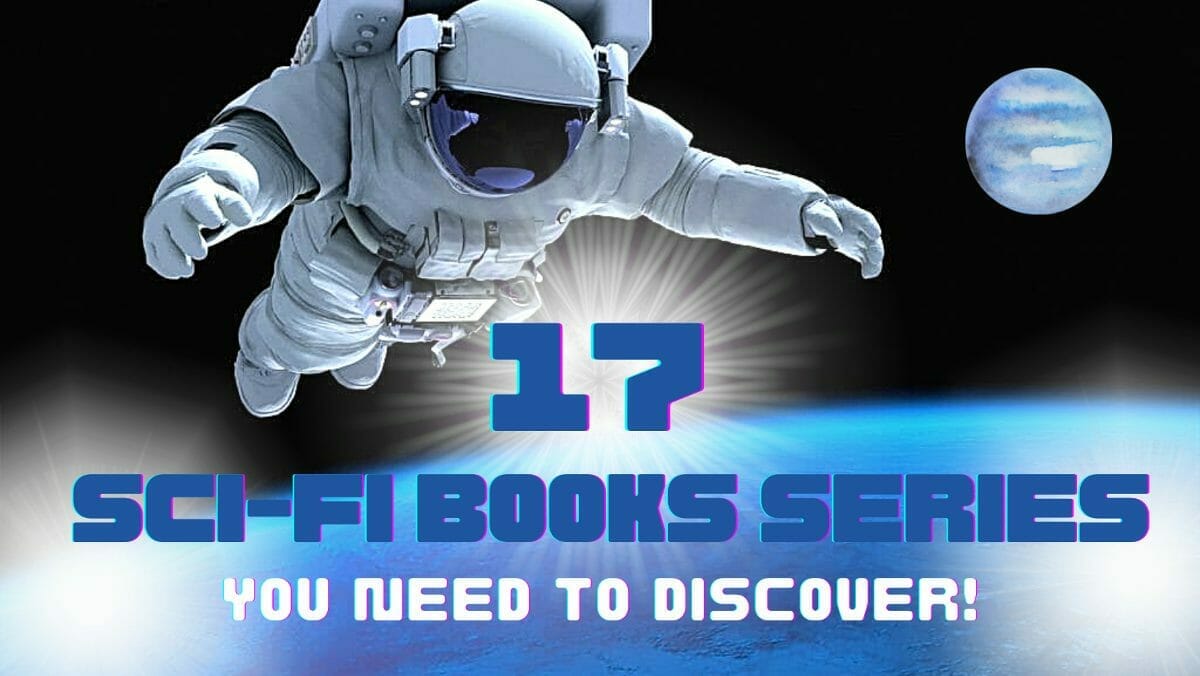