QUIZ: What Harry Potter Character Am I?

If the burning question you have been asking yourself is “What Harry Potter Character Am I?” then we have the answer! Find out your Harry Potter kindred spirit with our quiz!

What Harry Potter Character Am I?

The reading order of the Harry Potter books is as follows:

In the first novel, we are introduced to the young wizard, Harry Potter, and his friends Hermione Granger and Ron Weasley. The three friends are students at Hogwarts School of Witchcraft and Wizardry.

The arc of the main story then covers Harry’s struggles against Lord Voldemort. Voldemort is a dark wizard who wishes to become immortal. Once he has achieved immortality it is then his intention to overthrow the Ministry of Magic (the wizard governing body) and dominate all wizards and Muggles (non-magical people).

Since it’s release the books have sold more than 500 million copies worldwide and they have become the best-selling book series in history. It has also been translated into eighty languages.

In 2001 the first book was released as a movie, which was followed by the rest of the series making it to the big screen. The movie stars Daniel Radcliffe as the titular wizard. With Emma Watson as Hermione, Rupert Grint as Ron Weasley, Tom Felton as Draco Malfoy and Alan Rickman as Severus Snape. The success of the films and books have made Harry Potter one of the most successful franchises of all time.

Let’s take a little basic introduction to some of the most well known characters in the Harry Potter universe – which one are you most like?

Harry is one of the most famous wizards of modern times in the series. The only child and son of James and Lily Potter, Harry’s birth was overshadowed by a prophecy.

Hermione possessed a brilliant academic mind and proved to be a gifted student in almost every subject that she studied. She was best friend to Harry and Ron, and joined them on their quests.

Ron Weasley is a pure-blood wizard who was sorted into Gryffindor. He’s loyal, brave, strong. And of course, humorous. His Patronus is a Jack Russel Terrier, which is a sign of being a loyal friend.

Draco is a British pure-blood wizard and the only son of Lucius and Narcissa Malfoy. When he was sorted into Slytherin House. During his years at Hogwarts, he developed a rivalry with Harry Potter.

Professor Rubeus Hagrid is a half-giant wizard. Hagrid is given the task of reintroducing Harry Potter to the wizarding world.

Luna is a witch and the only child of Xenophilius and Pandora Lovegood. She attended Hogwarts School of Witchcraft and Wizardry and was sorted into Ravenclaw House.

Severus Snape was previously sorted into Slytherin. He played a very important role in both of the Wizarding Wars against Lord Voldemort.

Professor Minerva McGonagall is a Scottish half-blood witch. After finishing her own education at Hogwarts, she returned to become the Head of Gryffindor House and the Transfiguration professor.

Lucius is an aristocratic wizard and patriarch of the Malfoy family. He believes strongly in notions of blood purity and the superiority of pure-blood wizards.

Widely considered to be the most evil wizard in hundreds and hundreds of years, Lord Voldemort is surprisingly intelligent and extremely talented.

Professor Albus Percival Wulfric Brian Dumbledore is the Transfiguration Professor. He then later became Headmaster of Hogwarts School of Witchcraft and Wizardry.

Buckbeak is a male hippogriff. He lives with Rubeus Hagrid during Harry Potter’s third year at Hogwarts, along with a few other hippogriffs.

At the time of his birth, Neville was marked by a prophecy as being one of two children with the potential to defeat Lord Voldemort, the most powerful and feared Dark Wizard in the world.

Madam Dolores Jane Umbridge is a half-blood witch. She is also a British Ministry of Magic bureaucrat who served as Senior Undersecretary to the Minister for Magic.

Bellatrix Lestrange is a fearsome death eater from Malfoy Manor. She is devoted to Lord Voldemort and would do anything he wished.

Master has given Dobby a sock. Master has presented Dobby with clothes. Dobby is free.

Ginny is a pure-blood witch and the sister of Ron Weasley. Like her brother, she was sorted into Gryffindor. She is independent and has an energetic personality.

Cedric is a pure or half blood wizard who was sorted into Hufflepuff. He was said to be an embodiment of all the qualities of the Hufflepuff House. He is extremely modest, loyal, brave and fair to everyone.

Cho Chang is a witch who attended Hogwarts School of Witchcraft and Wizardry and was sorted into Ravenclaw House. She was a Seeker for the Ravenclaw Quidditch team and a popular student.

What personality type does Harry Potter have?

What personality type is Hermione?

In the MBTI personality test Hermione Granger has the personality type of ISTJ (Introverted, Sensing, Thinking, Judging) which means she is a great logistician.

How do I know what Hogwarts house I’m in?

You can find the Hogwarts house you are in with our Hogwarts House Quiz right here!

What personality type is Draco?

What is Luna Lovegood’s personality type?

What Harry Potter Character are you? Let us know! 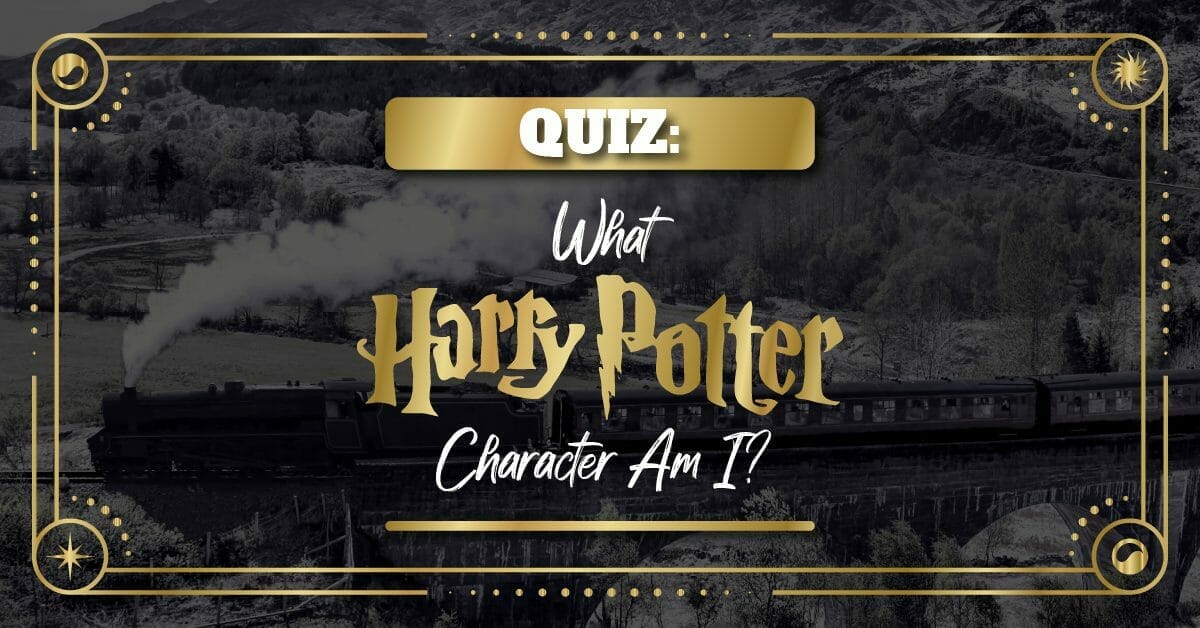