Rise of the Temple Gods: Heir to Kale 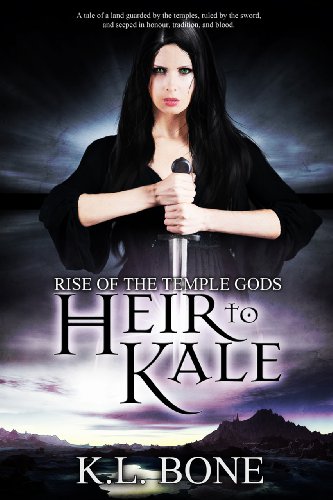 In the land of Kale there lies a delicate balance between the powerful Temples and the rulers from an ancient, royal bloodline. The Temples are ruled through combat, determined by a series of tournaments. Of these tournament champions, sixty are chosen to become Defendants, an elite team charged with protecting the realm from all enemies. Selection to this team is considered the highest of honours and leadership of the team is decided only once every thirteen years.

Princesses Mariana and Ameria, twin daughters of two such champions, are taken as children to separate, yet equally powerful Temples. Through years of rigorous training both are educated in the arts of combat, swordplay, and the ancient traditions of the Temple Gods. Both eventually obtain the rank of Kalian Champions with the expectation of one day serving upon the coveted Defendant Team.

Then, not long after their seventeenth birthday, the childless King declares that one of the sisters must succeed him as the future Queen. As the race for the throne begins, the sisterâ€™s long standing rivalry intensifies, leading both upon a dangerous path that threatens not only their lives, but the fate of the very kingdom.

Unbeknownst to the twins, this treacherous path to the throne is the elaborate collaboration of an ancient prophecy and two creatures charged by the Gods themselves ensure it comes to pass. As primeval powers awaken, the two sisters must struggle to learn the truth behind the prophesy and search for a way to change their inevitable fate.

Book One in The Elders and Welders Chronicles

London: 1896. Airships rule the skies, and automatons run the tracks at Ascot. Since the Great Exhibition of 1851, Her Majestyâ€™s Empire has been powered by the Steam Revolution and Welding science. It is a time of glorious innovation and dangerous civil unrest.

But Miss Aline Finch, prim, plain career girl, has more important things on her mind than the state of the Empire. After her employer, the handsome but insufferable criminologist, Professor Romanov, hares off for parts unknown in a slightly-illegal dirigible, stranding her in France, she has finally had enough. In a fit of pique, she decides to marry her long-time and very proper suitor, quitting Romanov for good.

The last thing the Professor expects to come home to is his secretaryâ€™s mutiny. Finchâ€™s timing couldnâ€™t be any more inconvenient, for a serial murderer from Romanovâ€™s past has set his sights on her. Romanov must keep her close if he has any chance of protecting her life – and the dangerous secrets the murderer threatens to expose. For the Professor is much, much more than he seems, and the secrets that he keeps are centuries old – and hidden deep in his heart.

When the Professor discovers Finch is to wed, however, he is forced to confront the truth of the matter: he doesnâ€™t just want his secretary back to protect her. He wants her in his bed. Forever.

Aline fights Romanovâ€™s seduction, but sheâ€™s no match for her own unruly desires, or the truth of her own heart. But when the Professorâ€™s true identity is exposed, destroying the very foundations of Alineâ€™s conception of reality, will the Professor lose her forever? Or will the murderer succeed in his evil plot to destroy them both before they can find their happy ending? 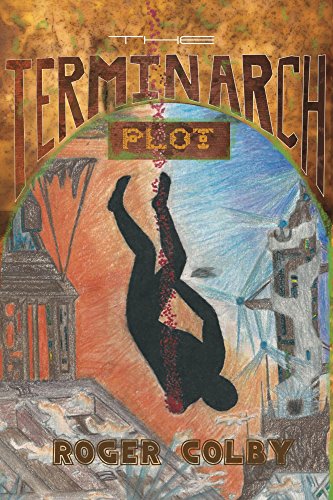 Guillermo March, an undercover cop, through a set of horrific circumstances, is the last human in existence on a world his ancestors once dominated with slavery and despotism. His arm, severed in a failed drug sting, has been replaced with a robotic construct that is difficult to use and relies on nanites to aid in his recovery. He doesn’t have much time to mourn, as he is thrust into a harrowing adventure, escaping death at every turn, on his journey to discover the truth behind the bombing that wiped out the small remnant of humanity left in the universe. As he fights for survival, he will uncover the terrifying plot to wipe out all vestiges of human life. A space-opera thrill-ride, “The Terminarch Plot” offers a hero who has been described as “Ash of Evil Dead goes to space” and is in the style of Ludlum or Heinlein.

Cara Devon has always suffered curiosity and impetuousness, but tangling with a serial killer might cure that. Permanently.
1861. Cara has a simple mission in London – finalise her father’s estate and sell off his damned collection of priceless artifacts. Her plan goes awry when a killer stalks the nobility, searching for an ancient Egyptian relic rumoured to hold the key to immortality.

Nathaniel Trent, known as the villainous viscount, is relentless in his desire to lay his hands on both Cara and the priceless artifacts. His icy exterior and fiery touch stirs Cara’s demons, or could he lay them to rest?

Self-preservation fuels Cara’s search for the gem known as Nefertiti’s Heart. In a society where everyone wears a mask to hide their true intent, she needs to figure out who to trust, before she sacrifices her own heart and life.