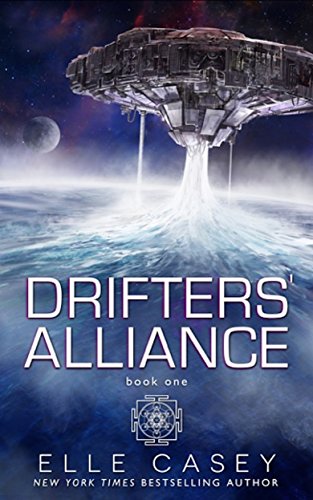 Cass Kennedy finally gets what she’s been dreaming of for the past ten years: a drifter ship to call her own. All the sim time and battle training is going to pay off in spades as she sets her course for the future. She’ll be living on her own terms, not those of her father.

But drifting through deep space with a crew of nutty strangers on the DS Anarchy carries a lot more surprises than she bargained for. Nobody told her that her ship is falling apart, that dead chickens are something you really want to hang on to, and that the OSG has big plans for the universe that don’t necessarily jibe with her plans for herself.

Jump onboard with Cass and her crew as she charts a course toward an alliance that will either make her or break her as Captain of the DS Anarchy. 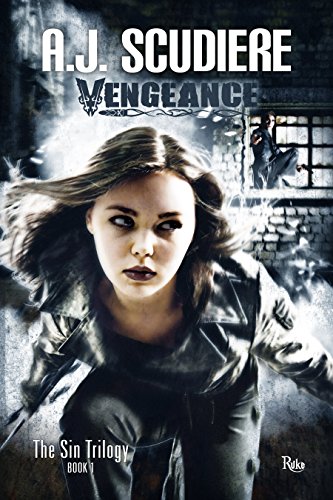 Nine years ago, Claymore Beller tried to do the right thing. It was the last thing he did. In retaliation for his efforts, his mafia bosses laid waste to his family. Only the youngest-Cynthia-came up fighting.

Three years ago, Lee Maxwell made the same error. His wife and daughter paid for his mistake. In a haze of booze and regret, Lee disappeared.

Now, Owen Dunham is following the trail of the â€˜Grudge Ninjaâ€™-only all his evidence is false and the profilers canâ€™t get their heads around anything except the obvious fact that the Ninja is extracting a deadly revenge for an old wrong.

As the Ninja gets bolder and far more dangerous, Owen is forced to recognize that he hasnâ€™t always made the right decisionsâ€“heâ€™s spent far too much time trying to be right. Even as he questions whether bringing in the ninja is the right thing to do, the voice in the back of his head is telling him that it will make his career… 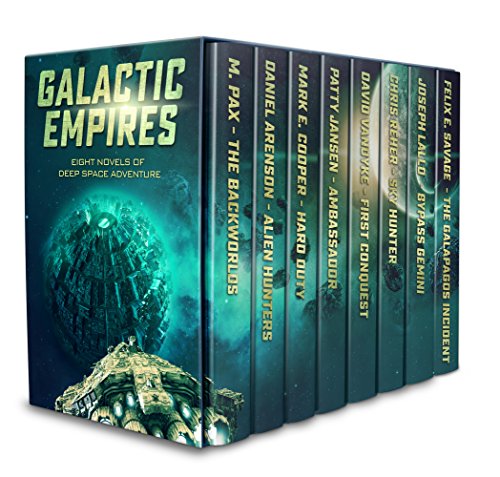 Eight full-length novels of adventure, war, intrigue and survival in the far reaches of space.

The Backworlds by M. Pax
A man struggles to survive in the harsh world of humanity’s outer settlements and prove his father wrong.

Ambassador 1: Seeing Red by Patty Jansen
To look an alien superior in the eye is a deadly offense. To accuse him of a political murderâ€¦

Alien Hunters by Daniel Arenson
A scruffy alien pest controller faces an alien threat the likes of which the universe has never seen.

Bypass Gemini by Joseph Lallo
A disgraced racer pilot gets mixed up with a mega-corporation. Now he has to stop them.

Sky Hunter by Chris Reher
Sent to a human outpost to investigate sabotage, a pilot finds more trouble than she bargained for.

The Galapagos Incident by Felix Savage
A genocidal AI attacks the solar system, and a Space Corps agent has one chance of saving a bunch of asteroid squatters she was sent to evict.

It was a flu season like no other. With the H1N1 virus running rampant throughout the country, people lined up in droves to try and attain one of the coveted vaccines. What was not known was the effect this largely untested, rushed to market, inoculation was to have on the unsuspecting throngs. Within days, feverish folk throughout the country convulsed, collapsed, and died, only to be reborn. With a taste for brains, blood, and bodies, these modern-day zombies scoured the lands for their next meal. Overnight the country became a killing ground for the hordes of zombies that ravaged the land.

This is the story of Michael Talbot, his family, and his friends: a band of ordinary people trying to get by in extraordinary times. When disaster strikes, Mike, a self-proclaimed survivalist, does his best to ensure the safety and security of those he cares for. Book one of the Zombie Fallout Trilogy follows our lead character at his self-deprecating, sarcastic best. What he encounters along the way leads him down a long dark road, always skirting the edge of insanity.

Can he keep his family safe? Can he discover the secret behind Tommy’s powers? Can he save anyone from the zombie queen? Encircled in a seemingly safe haven called Little Turtle, Mike and his family, together with the remnants of a tattered community, must fight against a relentless, ruthless, unstoppable force. This last bastion of civilization has made its final stand. God help them all.