Mercenary mage Alex Dering has spent most of her life killing deadly monsters for only peanuts in returnâ€”until the worldâ€™s most legendary immortal hires her for a prestigious assignment in Europe. In return for hunting down misbehaving supernaturals, heâ€™s going to pay her a boatload of cash.

But a straightforward slash and burn extermination in Zurich gets a whole lot more complicated for Alex when a gang of vampires steals one piece of a magical artifact that, once assembled, has the power to kill every supernatural in the city. Well out of her depth, sheâ€™s forced into a precarious partnership with a notorious assassin, a man as seductive as he is deadly. With a band of killers hot on their trail, Alex has no choice but to trust himâ€”even if that trust could expose her most guarded secret.

Land Of The Dead

In a dystopian future where the animated dead reign, the few remaining living are feared and pursued. Conrad is a Hunter. He’s one of the best. But when he hesitates one night in killing a living child, he soon finds himself in a desperate fight to save his son â€” and the entire world. 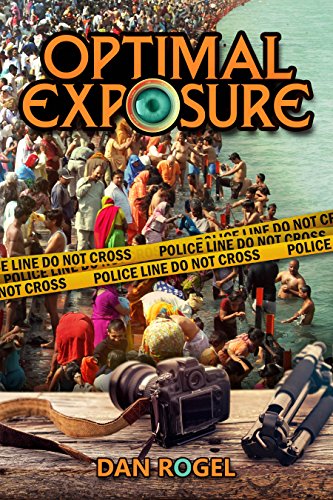 A visit to an Indian festival by a photographers’ expedition turns into a riveting murder case.
A group of world-traveled photographers losses two of its members in unexplained circumstances. When the son of one of the victims decides to investigate on his own, he retrieves disturbing discoveries revealing unknown information about his late father. A bright police investigators and his talented team join the investigation in attempt to solve a mystery, in the context of photography commerce and international travel.

Travel the world with this realistically written tale while solving a gripping murder mystery.
Optimal Exposure is a memorable novel that skillfully weaves personal experience and rare writing talent to bring about an enthralling and pleasurable read. It is a gripping thriller with a rapidly unfolding plot and nuanced characters that will grab your attention from beginning to end.

THEY WAKE TO THE UNKNOWN

On October 15, a handful of people wake in a post-apocalyptic landscape to find that most of the worldâ€™s population has vanished in a mysterious event.

STRANGERS UNITE
A journalist wanders an empty New York in search of his wife and son.
A serial killer finds that heâ€™s no longer top of the food chain.
A mother shields her young daughter from danger, but how can you fight an enemy you canâ€™t see?
A bullied teen is thrilled to find everyone gone â€¦ until a knock at the door.
A special agent turned enemy of the state survives a fiery plane crash. He desperately needs to reach his daughter, but fate has something else in store.
An eight-year-old boy sets out on a journey to find his missing family, but finds an old man who might just be the key to understanding everything.

DARKNESS IS COMING
The survivors are not alone.
Something is watching.
Waiting.
And hunting them down.
And one group of people has been preparing for this moment for years.

FATE CANNOT BE STOPPED
Where has everyone gone?
Who can you trust when anyone can be an enemy?
Can humanity survive the darkness that threatens to overwhelm them all?

THE ONLY CERTAINTY IS THAT YESTERDAYâ€™S GONE