When Dan McCarthy stumbles upon a folder containing evidence of the conspiracy to end all conspiracies — a top-level alien cover-up — he leaks the files without a second thought.

The incredible truth revealed by Dan’s leak immediately captures the public’s imagination, but Dan’s relentless commitment to exposing the cover-up and forcing disclosure quickly earns him some enemies in high places.

For his whole life, Dan McCarthy has searched for a reason to believe. Now that he finally has one, he might soon wish he didn’t…

Since the moment I was ripped from my mother’s womb, I’ve been an outcast amongst my own kind. The Sidhe might possess magical Gifts, unbelievable wealth and unfathomable power but I don’t want a thing to do with them. I ran away from their lands in the Highlands of Scotland when I was eleven years old and I’ve never looked back. I don’t need a Clan. I’ve got my own family of highly skilled thieves who mean more to me than any Sidhe ever could.

Unfortunately for me, the playboy heir to the Moncrieffe Clan has something I desperately need. To get it back, I’m going to have to plunge myself back into that world, no matter what the consequences may be. I suppose it’s just as well I have sense of humour. I think I’m going to need it.

Awaken
(The Witches, The Spell Book, and The Magic Tree)
(A Fated Fantasy Quest Adventure Book 1) 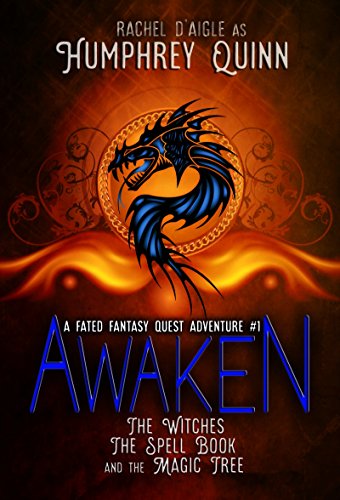 First in an Action-Packed Ten Book Fantasy Series- a Classic Coming of Age Adventure in a Thrilling New World of Magic~ Mind reading twins, Meghan and Colin Jacoby, have until the rising of the blue moon to save the life of a young man whose family is forced to flee through a magical portal to another world, without him.

It rained fire the day the Small Gods fled.

A hundred hundred seasons have turned since the Goddess banished the Small Gods to the sky, leaving the land to mankind alone.

For Prince Teryk, life behind the castle walls is boring and uneventful until he stumbles upon an arcane scroll in a long-forgotten chamber. The parchment speaks of Small Gods, the fall of man, and the kingdom’s saviorâ€”the firstborn child of the rightful king. It’s his opportunity to prove himself to his father, the king, and assure his place in history. All he needs to do is find the man from across the seaâ€”a man who can’t possibly existâ€”and save mankind.

But ancient magic has been put in motion by a mysterious cult determined to see the Small Gods reborn. Powerful forces clash, uncaring for the lives of mortals in their struggle to prevent the return of the banished ones, or aid in their rebirth.

Named in a prophecy or not, what chance does a cocky prince who barely understands the task laid before him stand in a battle with the gods?