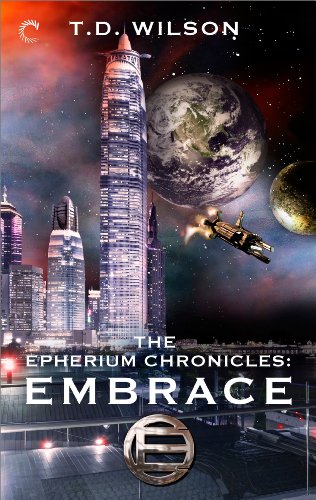 Book one of The Epherium Chronicles

Hope. Captain James Hood of the Earth Defense Forces remembers what it felt like. Twenty-five years ago, it surged through him as a young boy watching the colony ships launched by mega-corporation Epherium rocket away. He, like so many others, dreamed of following in the colonists’ footsteps. He wanted to help settle a new worldâ€”to be something greater.

Then came the war…

Hope. During years of vicious conflict with an insectoid alien race, it was nearly lost. Though Earth has slowly rebuilt in the six years since the war, overcrowding and an unstable sun have made life increasingly inhospitable. When mysterious signals from the nearly forgotten colony ships are received, Hood is ordered to embark on a dangerous reconnaissance mission. Could humanity’s future sit among the stars?

Hope. Hood needs it now more than ever. As secrets about the original colonists are revealed and the Epherium Corporation’s dark agenda is exposed, new adversaries threaten the mission, proving more dangerous to Earth than their already formidable foesâ€¦

I watched in horror as dark magic sprang from my hand faster than an imp after your socks. I didnâ€™t know my name, let alone that I had such power. The man was dead. I panicked. I ran.

How was I to know I was a dark magic enforcer, tasked with keeping magic hidden from the world? Yeah, total noob move, I know.

But my memory is returning, and the Hidden have given me twenty-four hours to make amends. Cover it up. Finish the job I was given, or else. Failure isnâ€™t an option. Well, it is, but I like me, and I like being alive.

The clock is ticking as I battle to make things right and exact revenge on those that took so much from me. Easier said than done as I deal with angry mages, bitey zombies, oversexed imps, creepy necromancers, and grumpy trollsâ€”and those are just my friends!â€”all while trying to stop myself falling in love with my best friend, Kate, who just so happens to be a hot vampire.

At least I have my looks. For now. 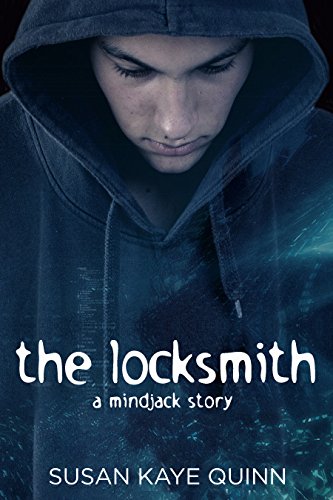 Companion Novella to the Mindjack Saga. In a world filled with mindreaders, Zeph is a mindjacker who wants to stay hidden–even if it means the cute mindreader in his Latin class is forever out of his reach. He locks and unlocks minds for a ruthless mindjacker Clan in exchange for protection and the chance to have a normal life with his parents and little sister. But when a girl he doesn’t know reveals the existence of mindjackers to the world, Zeph is forced to make a choice: unlock–and ultimately destroy–the mind of a young jacker changeling… or turn his back on everyone he loves.

Peri Jean Maceâ€™s knack for seeing ghosts made growing up in her rural East Texas hometown a living hell. Now an adult with her own business, she thinks sheâ€™s finally got things under control.

But the murder of Peri Jeanâ€™s trailer trash cousin, Rae, forces Peri Jean to face long buried issues. She owes her cousin a favor from beyond the grave and must solve her murder. The more Peri Jean pokes around, the more she realizes everyone in Gaslight City has something to hide.

Uncovering the wrong secret will send Peri Jean straight into the arms of a killer.