SWORD OF ELEMENTS SERIES BOXED SET 2: Bound In Blue, Caught In Crimson & To Make A Witch 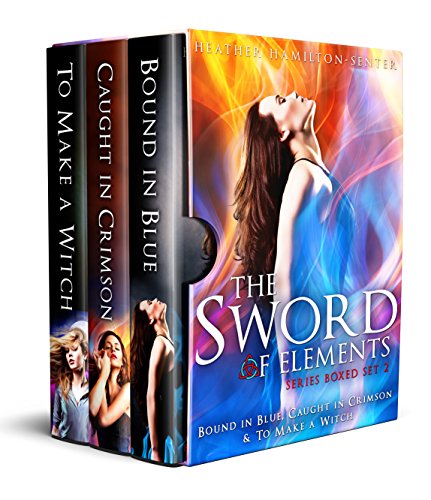 Get caught up on the Amazon best-selling series with this boxed set, which includes BOUND IN BLUE and CAUGHT IN CRIMSON, and the related novel TO MAKE A WITCH, in anticipation of the upcoming release of SEALED IN SILVER

GODS WALK AMONG US. ALL YOU HAVE TO DO IS SEE.

When Rhi discovers that beings out of myth and legend are real, her ability to see magic as color puts her at the center of a conflict with the ancient gods and heroes of Avalon. She must somehow master her power and use it to remake the Sword of Elements, once known as Excalibur. But if she succeeds, she could become far more dangerous than any god. 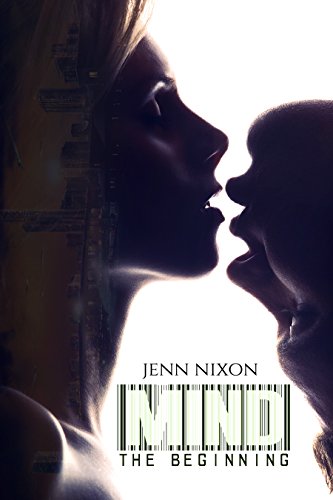 After Dina Ranger loses telepathic contact with her twin brother, Duncan, she breaks into his apartment and stumbles onto a special government unit responsible for monitoring the psychic population. She’s offered a job where she can use her psionic gifts to help people.

Stranded on earth over a hundred years ago, Liam of Shria is searching for a metal needed to repair his ship when he finds Dina inside an alien escape pod and narrowly saves her after she trips the alarm.

As the mystery and their relationship deepens, Liam helps Dina learn the truth behind her abilities while uncovering a plot to rebuild an ancient weapon, exposing dangerous secrets about the alien presence on earth that may change the future forever.

When fifteen-year-old Jacob Lau is pulled from the crumpled remains of his mother’s car, no one can explain why he was driving or why the police can’t find his mother’s body. A beautiful and mysterious neighbor offers to use her unique abilities to help him find his mom. In exchange, she requires Jacob to train as a Soulkeeper, a protector of human souls. He agrees to her demands, desperate for any clue to the mystery of his mother’s disappearance. But soon Jacob finds himself trapped in a web of half-truths and questions her motives for helping him.

The Ghost and The Graveyard

Grateful Knight isnâ€™t looking for love when she moves into a rent-free house on the edge of a graveyard. At twenty-two, all she wants is to recover financially so she can move back to the city where she belongs.

But sparks fly when the gorgeous cemetery caretaker, Rick, introduces himself and mentions his suspicion that her new house might be haunted. Her attraction to him seems supernatural, and despite her resolve to not get involved, she literally canâ€™t keep her hands off him.

When things in Gratefulâ€™s house start moving on their own, another man enters her life, Logan, a sexy ghost with a dark secret. He says Rick isnâ€™t what he seems, and indulging her passion for him could cost her soul.

One thingâ€™s for sure, magical forces are at work in the tiny town of Red Grove, and theyâ€™re converging on Grateful. Life will never be the same once she’s forced to choose between the ghost and the graveyard.