The Last Flight of the Phoenix 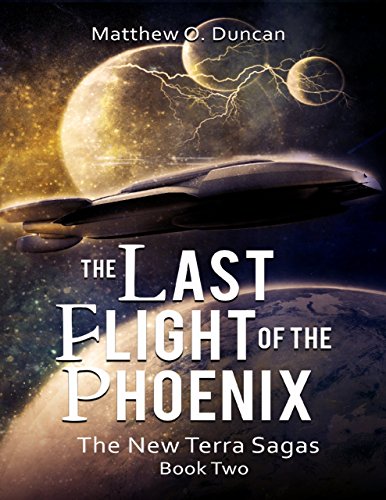 The war was over except for the crew of the T.S.S. Phoenix. Lost deep in enemy space, crippled, but not dead. The odds of survival were stacked against them, but they were still determined to fight their way back towards allied space.
On New Terra, Roy Oâ€™Hara had discovered peace for his spirit and joy in a simple life. Yet he had only fulfilled a portion of the Commanderâ€™s Prophecy. It told of a darkness that would fall on his new home from the stars and he would be called upon once again to save them all.
The Alliance turned a blind eye to the sudden growth of the Saâ€™larie Empire just beyond their borders, but some in the intelligent community could see the clues of a new threat. A covert team is sent to discover the truth of the alienâ€™s goals and they discover much more than they could have ever imagined.
Different paths of unlikely allies and new foes will intersect in the skies and on the ground of New Terra once again, where everything will change and destinies will collide.

Three hundred years ago, Earth suffered a mass extinction event. The last humans fled to the stars in search of a new home. In the darkness, they fought to survive. Now the fleet decays, and their hope of finding a better world is fading.

Era Corinth works to preserve the archives, but viewing them herself would be treason. When sheâ€™s faced with the possibility that her unborn child may be aborted due to a genetic defect, her fascination with ancient secrets escalates to obsession.

Brutal conspiracies and devastating betrayals threaten to fracture the fleet. And the colonists have forgotten the most important lesson their ancestors swore to remember: It only took one wrong choice to destroy life on Earth.

Will their descendants make the same mistake?

Allie Strom and the Ring of Solomon 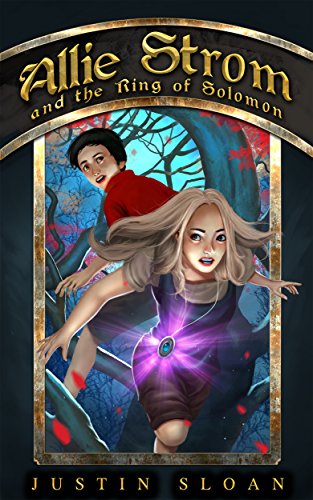 Her Motherâ€™s Missing. More than one friend will betray her. Good thing this new girl in school has a magic necklace.

Allie is your typical, soccer-playing teenager at a new school, until a strange necklace gives her abilities beyond her wildest dreams. When she refuses to let bullies have their way at school, she gains a new friend and new enemies.

Daniel was a nerd who hoped to get in good with the new kid, but when the magic of Allieâ€™s necklace teleports him with her and puts both of their lives in danger, he isnâ€™t so sure.

To Allieâ€™s horror, itâ€™s confirmed that her mom went missing while deployed with the military overseas, and that Allieâ€™s magic necklace is the key to rescuing her. Daniel and Allie will stop at nothing to find her mom, stop a fallen angel whoâ€™s taken control of a friend, and save the world.

Allie Strom and the Ring of Solomon is a MG urban fantasy/ supernatural thriller that features fast-paced action, myths, and the birth of a legend. Author Justin Sloan is obsessed with Harry Potter and believes Hermione was the true hero, and it shows in the first book of his new series.

Blade of the Sea 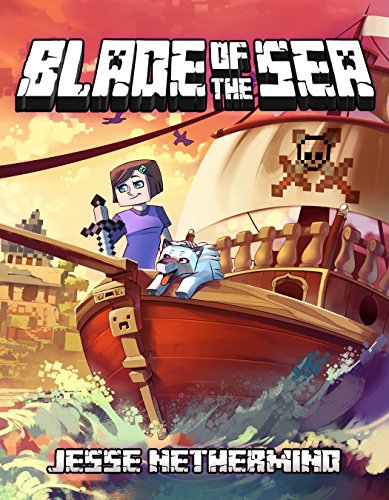 Pirates on a treasure hunt. An ancient weapon lost long ago. One girl determined to save us all.

Trish never saw herself as a hero. She lives in a quiet village and spends most of her time happily crafting. But when a gang of pirates throws her life upside down while searching for a legendary weapon called The Blade of the Sea, she ventures outside of the safety of her village to find it before they do.

With only her wits and crafting skills to help her, Trish fights zombies and creepers, explores secret temples, battles pirates, and solves mind-boggling puzzles. Even after befriending a wolf, she’s in way over her head. She soon learns that the Blade of the Sea protects an even bigger secret. According to legend, it is the key to an ancient treasure with the power to bring the world to its knees.

Fans of the Elementia Chronicles and the Gameknight999 series will be drawn to Jesse Nethermind’s epic tale of treasure hunts, pirates, ninjas, and the quest for a magical place rumored to contain the ultimate power. Filled with action, humor, and monsters galore, Blade of the Sea is the perfect adventure story for children and adults alike!