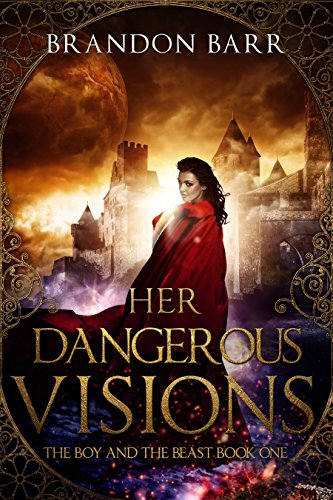 Fierce, soulful, and sensual, Her Dangerous Visions combines the shocking and the spiritual.

On the world of Loam, all who try to escape the farmland are put to death.

As Winter’s family plans their escape, disturbing visions plague her mind. As a child, she was made a Seer by the gods, but now as a young woman, she must either cower away from the terrifying visions of the future, or face them head on and dare to put her life in peril.

On the world of Hearth, Nightmares crawl out of the east, devouring entire villages.

Meluscia is eager to stop the atrocious killings and save her kingdom, but first she must convince her dying father she is fit for the throne. As she grows bolder in her schemes to gain power, she must battle her desperate longing for intimacy, for if she is to rule the Blue Mountain Realm, she must abide by the scriptures and forsake the love of a man.

Komir, a young warrior from the mountains of Tremia, is trying to find his place among his tribe, the Norriel, when Fate knocks at his door in the cruelest possible way, to claim him as the hero he still does not realize he is. Together with his good friend Hartz he will begin a quest, an adventure full of mysteries and magical enigmas, which will lead him to discover his past, understand his present, and face a future of epic proportions. 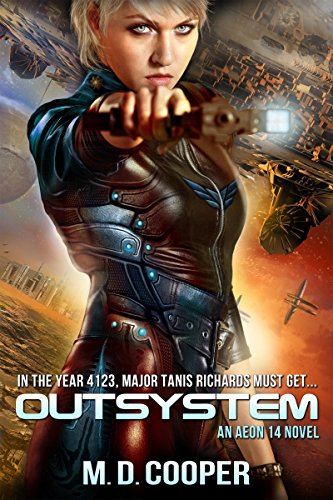 In the spirit of great Space Opera by Peter F Hamilton, Jack Campbell, and Larry Niven comes Aeon 14. If you love strong heroines like Kris Longknife, then you’re going to love Tanis Richards.

Major Richards needs to get out of the Sol System

Demoted by the military and hung out to dry, the media labels her the Butcher of Toro. Despite her soiled record, Tanis still one of the best military counter-insurgency officers in the Terran Space Force.

And they need her to find the terrorists responsible for trying to destroy the GSS Intrepid, a massive interstellar colony ship in the final phases of construction at the Mars Outer Shipyards.

Itâ€™ll be her ticket out of the Sol system, but Tanis discovers she is up against more than mercenaries and assassins. Major corporations and governments have a vested interest in ensuring the Intrepid never leaves Sol, ultimately pitting Tanis against factions inside her own military.

With few friends left, Tanis will need to fight for her life to get outsystem.

LAPD Detective Gabi Longoria returns home one night to a nasty surpriseâ€”her husband has been brutally killed. A note next to his body says: â€œRats always get what they deserve.â€

Her captain refuses to let her join the murder investigation, so Gabi decides to do her own. Convinced the reason to her husbandâ€™s death can be found at the New York health club where she met him, she goes undercover as a trainer there.

In the process of seeking the truth, she meets a handsome, mysterious man who claims an evil corporation killed her husbandâ€”whatâ€™s worse, he also claims theyâ€™ve developed a master race to replace all of humankindâ€¦