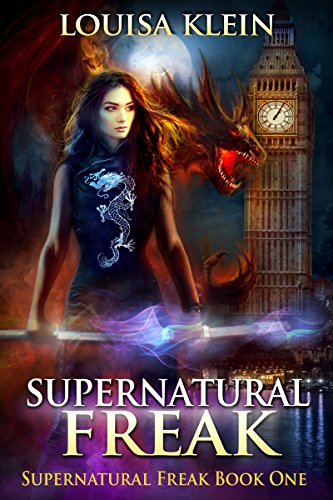 When paranormal expert Robyn Wise is offered an outrageous sum of money to cure a boy who is turning into a dead tree, she’s very sceptical. A politician ready to pay that much to make his son stop growing branches instead of hair? Come on! She’s more likely to be abducted by aliens. This is a trap. Or much worse. And, of course, it’s much worse.

The child is turning into a dark portal, created by a powerful entity determined to absorb Fairyland’s power. This means that not only queen Titania and her court are in danger, but the very balance of the magic fluxes.

She’d rather stick a pencil in her own eye, but to learn how to destroy the portal, she has to sneak into the Wizardry Council, a place full of wizards who are hiding somethingâ€”though itâ€™s certainly not their dislike of Robyn.

There, she discovers a secret that could help to overthrow Fairyland’s enemies for good, a secret that puts her in the midst of an ancient and deadly war, and not as a bystander, but as the main target.

In the ultimate battle of wits and strength, only the most ruthless will survive.
Every six years, the noble teenagers of Arcandis compete in the harrowing contest of The Narrowing Path, forced to prove themselves worthy to continue their family lineâ€”or perish trying. Bowe Bellanger, younger and weaker than the rest, is expected to die on the very first day. However, Bowe isnâ€˜t interested in just surviving, he wants to save his friendsâ€”which goes against everything the society stands for.

This is the first book in The Narrowing Path trilogy. Within a medieval fantasy setting, this series takes the reader to an exciting but brutal world full of intrigue where each character is larger than life and death is around every corner. Fans of The Hunger Games and Maze Runner are sure to love it. 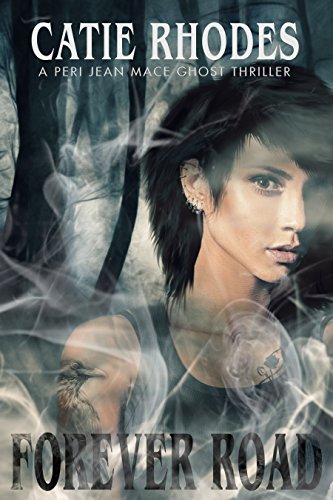 Book 1 in the Peri Jean Mace Ghost Thriller series.
A world full of ghosts. A reluctant psychic medium. Destiny only knocks onceâ€”then it kicks down the door.

Peri Jean figures out everyone in her one-stoplight East Texas town has something to hide. And one of them will kill to hide the truth. In over her head, Peri Jean has to face her curse or end up the next victim.

Forever Road is the first book in the Peri Jean Mace Ghost Thriller series. If you like your urban fantasy served up with a heavy dose of goose bumps, a side of gut-busting laughs, and a fist-swinging heroine who will steal your heart, youâ€™ll love Forever Road.

You have two options. You die, or you Qualify.

The year is 2047. An extinction-level asteroid is hurtling toward Earth, and the descendants of ancient Atlantis have returned from the stars in their silver ships to offer humanity help.

But thereâ€™s a catch.

They can only take a tiny percent of the Earthâ€™s population back to the colony planet Atlantis. And in order to be chosen, you must be a teen, you must be bright, talented, and athletic, and you mustQualify.

Sixteen-year-old Gwenevere Lark is determined not only to Qualify but to rescue her entire family.

Because thereâ€™s a loophole.

If you are good enough to Qualify, you are eligible to compete in the brutal games of the Atlantis Grail, which grants all winners the laurels, high tech luxuries, and full privileges of Atlantis Citizenship. And if you are in the Top Ten, then all your wildest wishes are grantedâ€¦ Such as curing your motherâ€™s cancer.

There is only one problem.

Gwen Lark is known as a klutz and a nerd. While sheâ€™s a hotshot in classics, history, science, and languages, the closest sheâ€™s come to sports is a backyard pool and a skateboard.

This time she is in over her head, and in for a fight of her life, against impossible odds and world-class competitionâ€”including Logan Sangre, the most amazing guy in her school, the one sheâ€™s been crushing on, and who doesnâ€™t seem to know she exists.

Because every other teen on Earth has the same idea.

You Qualify or you die.