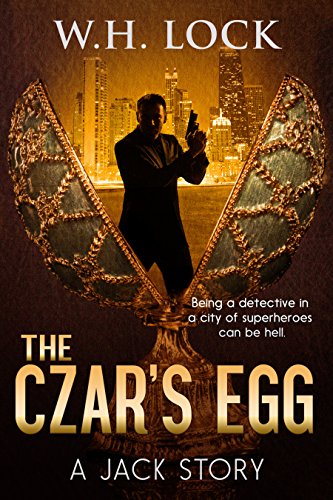 In a city full of superheroes there is only one man trying to balance the scales of justice.

A former superhero wants Jack to find her husband. A husband that disappeared chasing a Faberge egg rumored to have mystical powers. A husband who just happens to be a former supervillain.

But as Jack investigates, he uncovers the Eggâ€™s long sinister history and the trail of bodies left in its wake. A history of sudden shifts in fortune followed by brutal deaths going back to the original owner, Nicholas II the Last Czar of Russia. Even a professional cynic like Jack has to admit that perhaps those powers arenâ€™t just an urban legend.

After the husband turns up dead in a cheap motel, Jack finds himself in a race against time to stop the killer from getting The Czarâ€™s Egg, an artifact that can grant anything the owner desires, even ultimate power.

The Czarâ€™s Egg is the first book in a Private Detective series set in a world of superheroes. If you like hard boiled detectives, dames, and superheroes who try to get away with murder, youâ€™ll love the world of Jack Story. 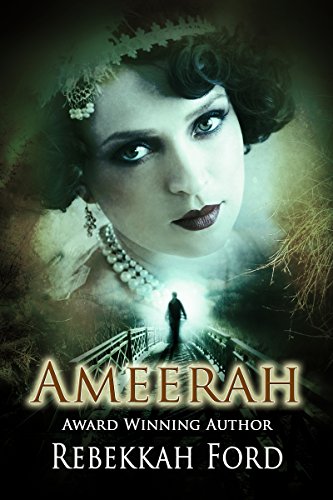 Sometimes even the dead seek salvation.

In 1925, eighteen-year-old Ameerah Arrowood is murdered in an insane asylum. She finds herself transported to a dreary realm that turns out to be a recruiting station for the dark spirits. With animosity in her heart toward humanity, she decides to join them.

For the next ninety years, Ameerah possesses soulless humans, living a hedonistic, mischievous and sometimes vengeful existence, but now she’s seeking salvation so she can crossover and save her lost love who is stuck in the lower world.

Ameerah enlists the help of her dark spirit friend Derek, who is straddling the line between Heaven and Hell. She tells him how it all began, weaving between historical timelines to now, hoping to gain understanding about why her parents betrayed her and wanting to get rid of the guilt weighing on her heart. In the end, the unexpected unfolds, which changes Ameerah forever.

How hard do you have to shake the family tree to find the truth about the past?

Fifteen year-old Rae Kerrigan never really knew her family’s history. Her mother and father died when she was young and it is only when she accepts a scholarship to the prestigious Guilder Boarding School in England that a mysterious family secret is revealed.

As Rae struggles with new friends, a new school and a star-struck forbidden love, she must also face the ultimate challenge: receive a tattoo on her sixteenth birthday with specific powers that may bind her to an unspeakable darkness. It’s up to Rae to undo the dark evil in her family’s past and have a ray of hope for her future.

“If urban fantasy could be bottled, then this story is a shot-glass full of awesomesauce.” – Dark Side of the Covers Reviews

When monsters appear in Los Angeles, Maggie MacKay is on the job. No one is better at hauling the creepy crawlies back where they belong. No one, that is, except her dad, who disappeared in the middle of an assignment.

Now an elf named Killian has shown up with a gig. Seems Maggieâ€™s uncle teamed up with the forces of darkness to turn Earth into a vampire convenience store, serving bottomless refills on humans.

The only hope for survival lies in tracking down two magical objects and a secret that vanished with Maggieâ€™s dad.