The worst of nature and the worst of science will bring the human race to the brink of extinction…
Master Sergeant Reed Beckham has led his Delta Force Team, codenamed Ghost, through every kind of hell imaginable and never lost a man. When a top secret Medical Corps research facility goes dark, Team Ghost is called in to face their deadliest enemy yet–a variant strain of Ebola that turns men into monsters.
After barely escaping with his life, Beckham returns to Fort Bragg in the midst of a new type of war. The virus is already spreading… As cities fall, Team Ghost is ordered to keep CDC virologist Dr. Kate Lovato alive long enough to find a cure. What she uncovers will change everything.
Total extinction is just on the horizon, but will the cure be worse than the virus?

An accident during the construction of a tunnel beneath the Bering Strait leads to the discovery of a network of caverns and evidence that hints at the survival of a primitive human species. Led by DARPA technologist Reinhard Thyssen, a team of experts from around the globe is dispatched into the subterranean maze to discover all they can before the caves completely flood.

Something lurks in the darkness, thoughâ€¦a creature that has evolved into a predator unlike any the world has ever known, and itâ€™s up to the scientists to make sure that it never reaches the surface. If they can survive that long. 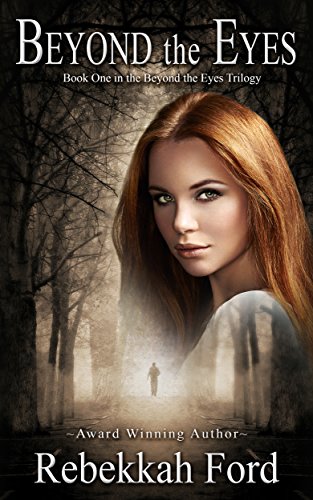 Paige knows evil exists in this world, but she never imagined it would want something from her.

In the small town of Astoria, Oregon, surrounded by deep forest and endless mountains, another world thrives . . . a menacing one where dark spirits dwell in soulless humans. Seventeen-year-old Paige Reed lives in this lush, picturesque setting. She’s not your average teen, though she appears to be. Not only is she heartsick, but she’s been receiving cryptic premonitions from a ghostly voice since the age of four. After she hears a haunting message about herself, supernatural occurrences begin to confuse her.

Nathan Caswell seems to peer into Paige’s soul, evoking a magnetic energy between them they cannot deny. They’re connected. But he’s no ordinary guy. He tracks dark spirits and becomes alarmed when they set their sights on Paige.

When two power-hungry malevolent beings make demands on her, she realizes then the fate of mankind rest in her hands. Her world quickly turns inside out where the impossible becomes possible, and in the end she’s faced with a life changing decision that will not only alter her existence but the world as she knows it.

Can a deeply troubled teen overcome her own demons in order to fight those lurking about? With the past and present colliding, Paige must make the ultimate mortal choice. Will it be the right one?

The first novel in this coming of age fantasy series filled with magic, adventure, and heart.

In a land where magic has withered for centuries, Mae Waylander is the last magic wielder in Aegunlund. She is the craft-born. But Mae has kept her true identity hidden from the world, and she’s not about to reveal her secret. Not when the King is searching for the craft-born to marry his heir, Prince Casimir.

In Mae’s town of Halts-Walden, the ambitious miller claims his daughter Ellen is the craft-born. All Mae has to do is sit back and wait until Casimir and Ellen are married, then she will finally be free of the threat of her fate. But on that day an event so shocking and terrible occurs that Mae finds herself entering the neighbouring cursed forest on a quest she never thought she’d have to follow.

Join Mae as she rides her white stag through the Waerg Woods with a pampered prince at her heels. She’s out for revenge and nothing–no one–will get in her way.