The Ways We End

The End. Those two little words can mean so much. But how will things end…and will it hurt? Thatâ€™s what we really want to know.

Delve into the darkness and join us at the end of the world. From a blighted sky to an invasion from beyond, from untethered time to one person driven beyond the edge of sanity, from a childâ€™s game to an unseen apocalypse…itâ€™s all imagined here, and imagined darkly.

Inside the pages of The Ways We End is a combination of new stories and previously published anthology tales, now re-imagined without word limits, including Cottage of Hunger, The Mergens, The Mountains of Five, The Bridge, Rock or Shell, and A Mother So Beautiful. 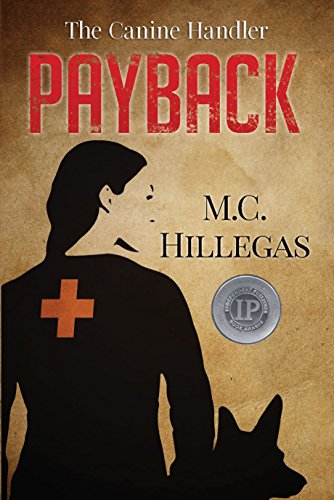 K9 Handler Sarah Gavin believes she has left her dark past behind. College diploma in hand, successful in her job, she is now aiming for the FBI Academy. But as a volunteer search and rescue canine handler, ghosts from her past come back to haunt her. In conflict with herself and surrounding events, Sarah must fight to hold on to her sanity.

CHILDREN OF THE AFTER

It has been six months since their father locked them in the security vault with a promise to return. But he never came back. With supplies running out and vital life support systems failing, Jack, Samantha, and Will have no choice but to ignore their fatherâ€™s warnings and leave the vault. With no knowledge of what befell the world outside, or what they might expect once the door is opened, they find themselves in a world they do not recognize.

Thrust into the remains of the world they remember, how will they survive on their own, not knowing what or who else remains amongst the ruins?

Gabriel never expected Princess Robyn to show up at his manor after word of her sudden disappearance. Because of his remarkable talent in wielding the elements, however, he is appointed her protector until she can take the throne, but word of his magical power slowly spreads to untrusting ears.
Imprisoned because his abilities constitute a threat, Gabriel fights for his freedom as Princess Robyn is forced to fight for her throne.
Only through learning the true meaning of strength can either of them be saved, but all power comes with a cost.