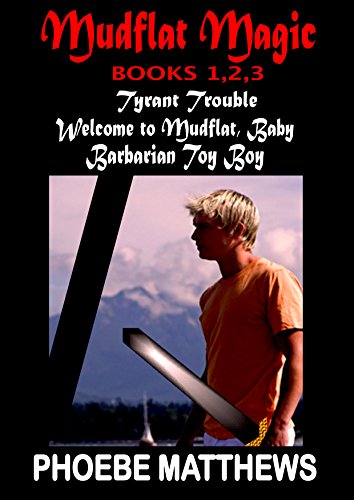 Mudflat Magic Books 1,2,3 is $2.99 from today until August 15 ONLY and then it goes back to its original $6.99. This BookClub boxed set includes the first three complete novels of the Mudflat series. The novels are Tyrant Trouble; Welcome to Mayhem, Baby; Barbarian Toy Boy. The first novel won the EPPIE for Best Fantasy of the Year. The series is urban fantasy, contemporary suspense.
“…Mudflat series is a supernatural comic romp full of non-stop action, fantastic characters and a hero youâ€™ll love…” RT Book Reviews magazine
Tyrant Trouble: At the corner of Seattle and Otherworld, magic meets mayhem. When a conman wants you as the patsy for a crime, you run, right? Thatâ€™s what Claire decides. She makes it out of Seattle and into the arms of an Otherworld barbarian. Not much improvement there. One aims a gun, the other swings a broadsword. The barbarianâ€™s world is filled with so much terror, it makes the conman and his threats look easy.
Welcome to Mayhem, Baby: After Claire escaped a Seattle killer, she landed in an Otherworld of worse disasters, plus a guy. Well, there is always a guy, isn’t there? Now he leaves his world to follow her back to Seattle and the terror escalates.
Barbarian Toy Boy: Anything called a deathwalker can’t be good. Add thieves and dead bodies, and a girl REALLY needs a barbarian.
If you are wildly curious to know why this insane one time price cut is being offered, hereâ€™s the deal. The September 2016 LostLoves BookClub selection is Mudflat Magic Books 4, 5, a two novel boxed set. And so they are giving readers this one time bargain price to get Books 1,2,3 in time for some summer reading and be ready for the next two books. Yes, sure, the publishers are hoping to get you hooked. Seriously hooked. So that when book 8 is released later this autumn, you will be eagerly awaiting it.

High School for the Recently Departed 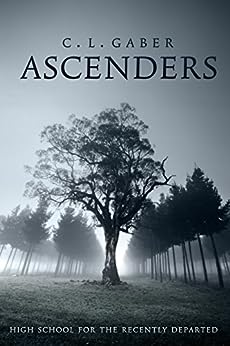 Is this Hell or is this High School?
THE ASCENDERS Takes You To the In-between Where Teens Who Died Young Go On the Epic Adventure of an After-Lifetime

Walker Callaghan doesn’t know what happened to her. One minute she was living her teenage life in suburban Chicago…and the next minute, she was in a strange place and in a brand new school with absolutely no homework, no rules, and no consequences.

She doesn’t go to heaven or hell. She lands at The Academy, a middle realm where teenagers have one thing in common: They were the morning announcement at their high schools because they died young.

These high school kids are now caught in a strange â€œin-betweenâ€ zone where life hasnâ€™t changed very much. In fact, this special teen limbo looks a lot like life in a quaint Michigan town complete with jocks, popular girls and cliques. “There are even cheerleaders in death,” Walker observes. It’s not a coincidence that the music teacher is a guy named Kurt who “used to have this band.” The drama teacher, Heath, is crush worthy because back in his life, he starred in some superhero movie.

Principal King explains the rules — there are none. Why? You can’t die twice.

There is no homework.
No tests.
No SATS.
You’re just there to learn because the human brain isn’t fully formed until you’re 24.

By the way, you can’t get hurt physically, so race your Harley off that hillside. But falling in love is the most dangerous thing you can do …because no one knows how long you’ll stay in this realm or what’s next.

“Losing someone you love would be like dying twice,” Walker says.

Walker Callaghan has just arrived at the Academy after a tragic car accident. â€œIs this hell or is this high school?â€ she asks.

She finds out her new life is a bit of both as she falls in love with tat-covered, bad boy Daniel Reid who is about to break the only sacred rule of this place. He’s looking for a portal to return back to the living realm.

He needs just one hour to retrieve his younger brother who strangely never arrived at The Academy. Bobby is an Earth Bound Spirit, stuck at a plane crash site that took both of their lives as their rich father piloted his private jet nose-first into a cornfield on Christmas Eve.

Walker loves Daniel and risks it all to go with him.

Have they learned enough to outsmart dangerous forces while transporting a young child with them? Can their love survive the fragmented evil parts of themselves that are now hunting them down as they try to find a way back to the middle?

At the Academy, you learn the lessons of an after-lifetime.

Magic of the Gargoyles

*Over 150 5-star reviews on Amazon!* In a race to save the lives of baby gargoyles, Mika must jeopardize everything she holds dearâ€”including her life. â€œYou cannot go wrong with MAGIC OF THE GARGOYLES if youâ€™re looking for a quick fantasy read!” (Pretty Little Pages) Grab your copy of this mesmerizing fantasy while itâ€™s free! 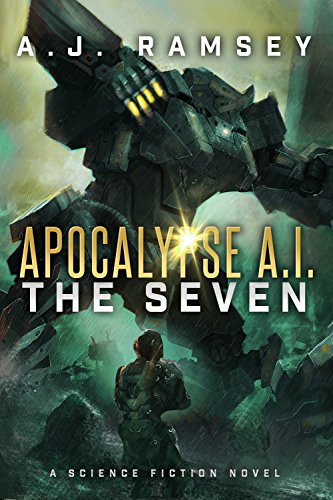 Five years of fighting against the machine army of D.A.N.A, has left Apollo craving peace… and maybe a small hope of redemption. It won’t come easy. Officially, Apollo is one of the finest soldiers the Elite Special Forces unit has in its command. Unofficially… he’s suspended.
When the council offers him the chance to lead an infiltration unit against D.A.N.A, Apollo realizes that this death trap of a mission might just cost him more than he’s prepared to pay. This last ditch effort could end the war… but how much can he possibly accomplish with a unit of untrained civilians against the war machines of D.A.N.A