He Sees You When He’s Creepin’: Tales of Krampus 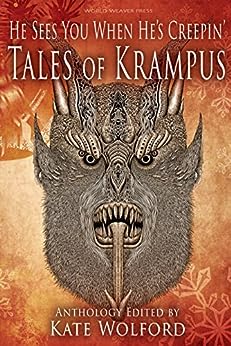 Krampus is the cloven-hoofed, curly-horned, and long-tongued dark companion of St. Nick. Sometimes a hero, sometimes a villain, within these pages, he’s always more than just a sidekick. You’ll meet manifestations of Santa’s dark servant as he goes toe-to-toe with a bratty Cinderella, a guitar-slinging girl hero, a coffee shop-owning hipster, and sometimes even St. Nick himself. Whether you want a dash of horror or a hint of joy and redemption, these 12 new tales of Krampus will help you gear up for the most “wonderful” time of the year. 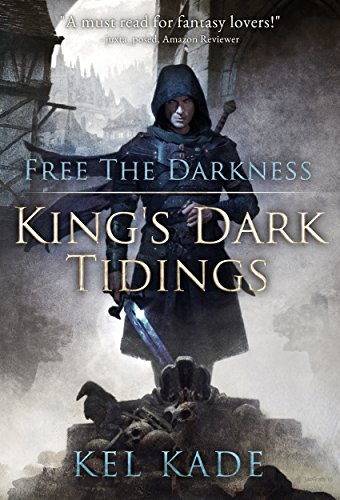 Raised and trained in complete seclusion at a secret fortress on the edge of the northern wilds of the Kingdom of Ashai, a young warrior called Rezkin is unexpectedly thrust into the outworld when a terrible battle destroys all that he knows. With no understanding of his lifeâ€™s purpose and armed with masterful weapons mysteriously bequeathed to him by a dead king, the young warrior relentlessly pursues his only lead. A single elite warrior escaped during the battle and may have knowledge of who Rezkin is and who is responsible for the slaughter at the young manâ€™s home.

Rezkin must travel across Ashai to find the one man who may hold the clues to his very existence. His last orders, spoken on the lips of his dying Master, were to “Kill with conscience” and “Protect and honor your friends.” Living in isolation from the outworld under a strict regimen of training and education, the young warrior has no understanding of a conscience or friends. Determined to adhere to his last orders, Rezkin extends his protection to an unlikely assortment of individuals he meets along the way, often leading to humorous and poignant incidents.

As if pursuing an elite warrior across a kingdom, figuring out who he is and why everyone he knows is dead, and attempting to find these so-called friends and protect them is not enough, strange things are happening in the kingdom. New dangers begin to arise that threaten not only Rezkin and his friends, but possibly everyone in Ashai.

Seventeen-year-old Ciardis Vane grew up in a small village on the edge of the realm.Beautiful, destitute, and desperate she is looking to get out anyway she can. She has worked her whole live as a laundress with no hope ofescaping her fate anytime soon.

Butthen her life changes when a strange woman appears with the key toCiardis’s escape. With an offer to take her to the capital and a lifeshe’d never dreamed of, it’s hard to resist. There’s only one catch.

She wants Ciardis to become a companion: she’ll be required to wearexpensive dresses, learn to conduct suitable magic, educate herself oncourt proclivities, and – in the end – chain herself to the highestbidder. A Patron for life.

Ciardis knows that this is her one opportunity to change her life.

But what she does not know is that she will soon be at the heart ofintrigues and power struggles, and that her new life in luxury demands a high price, perhaps even the life of a prince.

After untold centuries of absence, the evil Ancients have returned. Their magic appears unstoppable and their hunger for conquest is insatiable. To protect the country of Nia, Duchess Nadea and Scholar Paug make a desperate journey to find a human legend: A man known to have destroyed these Ancient foes with a powerful army.

But legends can lie.

When Paug and Nadea revive their hero from sleep, his virtue is far from clear.

Is he really their Savior or their Destroyer?

View more posts from this author
« Monday Reading List 12/12
Suspense and Thriller Novels? Why Not Read Them Free? »