Aliens, superheroes, supernatural forces, and so much more. And that’s not even the best part about these sci fi shows. They’re all on Netflix for you to binge right now! And when we say right now, we mean right now. Drop everything that you’re doing to watch these sci fi series Netflix. Seriously, you won’t regret it! Check them out now.

There are currently 3 series available of this smash hit sci fi horror drama set in the 1980s. Since its release the series has attracted record breaking viewing figures on Netflix and has grown a huge international fan base. Series 4 is releasing later this year. It will be split into two Volumes, one being out on May 27 and the second one releasing on July 1. A fifth and final season has also been confirmed. So if you haven’t yet seen this amazing show (we most definitely recommend it!) then you had better get catching up before season 3 lands)!

In a future where the elite inhabit an island paradise far from the crowded slums, you get one chance to join the 3% saved from squalor.

This Brazilian dystopian sci fi thriller is now complete and it runs for four seasons so you can binge the whole show at once! This show has been something of a surprise hit and this is mostly because of the strong characterizations. So this is a Netflix show not to miss!

After crash-landing on an alien planet, the Robinson family fights against all odds to survive and escape. But they’re surrounded by hidden dangers.

This show is a reboot of the original show of the same title from 1965. This is another show that is fully complete with the fourth season being released in December 2021. Considering the 1965 show has become much beloved that left this new show with a lot to live up to. But it has matched expectations and has been praised for having enough action scenes to keep sci fi fans happy but with an emotional anchor to weigh it down. So whether or not you are a fan of the original this show deserves a watch!

After a massive alien artifact lands on Earth, Niko Breckinridge leads an interstellar mission to track down its source and make first contact.

This science fiction drama aired for two seasons but very sadly it has recently been announced that season 3 has been cancelled. The show is said to lack the spark required to set it apart from other sci fi shows. But if you have exhausted everything else on this list then this will still be worth a watch!

They’re the first generation of superheroes. But as they pass the torch to their children, tensions are rising — and the old rules no longer apply.

This superhero drama released on Netflix in May 2021 and it is based on the comic of the same name by Mark Millar and Frank Quitely. There is plenty of action to be had here but the narrative has been described as too slow. Sadly Jupiter’s Legacy was cancelled after on season but if you like a bit of superhero action then give this one a shot!

Passengers and crew aboard a hijacked overnight flight scramble to outrace the sun as a mysterious cosmic event wreaks havoc on the world below.

This is a Belgian apocalyptic sci-fi drama thriller based on the book The Old Axolotl by Jacek Dukaj. Netflix renewed the show for a second season which aired in 2021 and a Turkish language spin-off is due out this year. This series has been well received and it should be on your watchlist!

A missing child sets four families on a frantic hunt for answers as they unearth a mind-bending mystery that spans three generations.

This is the first German language series to air on Netflix and it ran for three seasons through to its completion in 2021. The series has received universal critical acclaim. It’s characters, narrative, acting, tone and the musical score all all amazing! This is a very complex show though so it does take some concentration as it weaves through the timelines. We can’t give this show enough praise, this is a must watch!

Commander Emma Green leaves behind her husband and daughter to lead an international crew of astronauts on a perilous three-year mission to Mars.

This sci fi drama aired in 2020 and unfortunately was cancelled after only one season. Reviews were mixed for this show but if the idea of a Mars mission appeals to you then this may be the show for you!

After 250 years on ice, a prisoner returns to life in a new body with one chance to win his freedom: by solving a mind-bending murder.

This cyberpunk series is based on the book of the same name by Richard K. Morgan. After the first season a second series was quickly confirmed. But despite the show receiving mostly positive reviews the third season was cancelled. Despite this then it is still definitely worth watching the two season that have been made of this amazing book adaption.

In post-apocalyptic Europe, amid wars among microstates, three siblings fight for survival as a greater threat looms over the continent.

This is a German language sci fi show that first aired on Netflix in February 2021. The series has received mostly good reviews, with its captivating storyline been given most praise. Also the show ended on a major cliffhanger and a second series hasn’t been confirmed or denied as yet. So it looks like we are going to be left hanging for a little longer yet!

An aimless gamer and his two friends find themselves in a parallel Tokyo, where they’re forced to compete in a series of sadistic games to survive.

This is a Japanese language sci fi thriller drama based on the Manga of the same name by Haro Aso. It premiered in December 2020 and the response was overwhelmingly positive with the acting, visuals and graphic violence particularly receiving acknowledgement. It took only two weeks for season two to be confirmed and it should (hopefully!) be out later this year. We loved this show at Reign Of Reads and we can’t recommend it enough! Watch it now!

Long on style and perpetually short on cash, bounty hunters Spike, Jet and Faye trawl the solar system looking for jobs. But can they outrun Spike’s past?

This is a live action remake of the much beloved anime of the same name. The show was criticised for most things but its acting performances were highly praised. The series was then cancelled after only one season. There was a lot to live up to here as the Cowboy Bebop anime was so amazing this couldn’t help but fall short. It is still worth a watch though whether you are a fan of the anime or not.

This anthology series runs for 22 episodes across 5 series. The series uses speculative fiction to comment on contemporary social issues. It has also received widespread critical acclaim and is regarded to be one of the best TV series of the 2010s.

This is an animated adult anthology series. There are currently two seasons available to watch with the third season being released sometime in 2022. Both season so far have been very well received. The episodes are quite short and bite sized therefore you can probably binge the whole series so far very quickly!

From the creators of “The Matrix” and “Babylon 5” comes this tense series in which eight people can telepathically experience each other’s lives.

This is a science fiction drama streaming television series created by Lana and Lilly Wachowski. This series ran for two seasons before being cancelled by Netflix. Of course this was a huge disappointment as season two ended on a cliffhanger with the expectation that there would be a third season. However as so many people were unsatisfied with how it ended Netflix agreed to produce a two and a half hour season finale to bring the show to a much deserved ending. Also this series has received praise for its representation of LGBTQ characters and themes

A medical student enters a top German university on a secret mission to uncover a conspiracy linking a family tragedy to a visionary biology professor.

This is a German language sci fi techno thriller which currently has two seasons, but a third has neither been confirmed nor denied at the moment. This series has had mostly positive reviews and has also been praised for its scientific accuracy. So if you are looking for a smart thriller but still with plenty of action then check this one out!

Which of these sci fi series Netflix are your fave? Let us know!

If you liked this, then check out 25 Sci Fi Netflix Movies To Transport You To Another World! 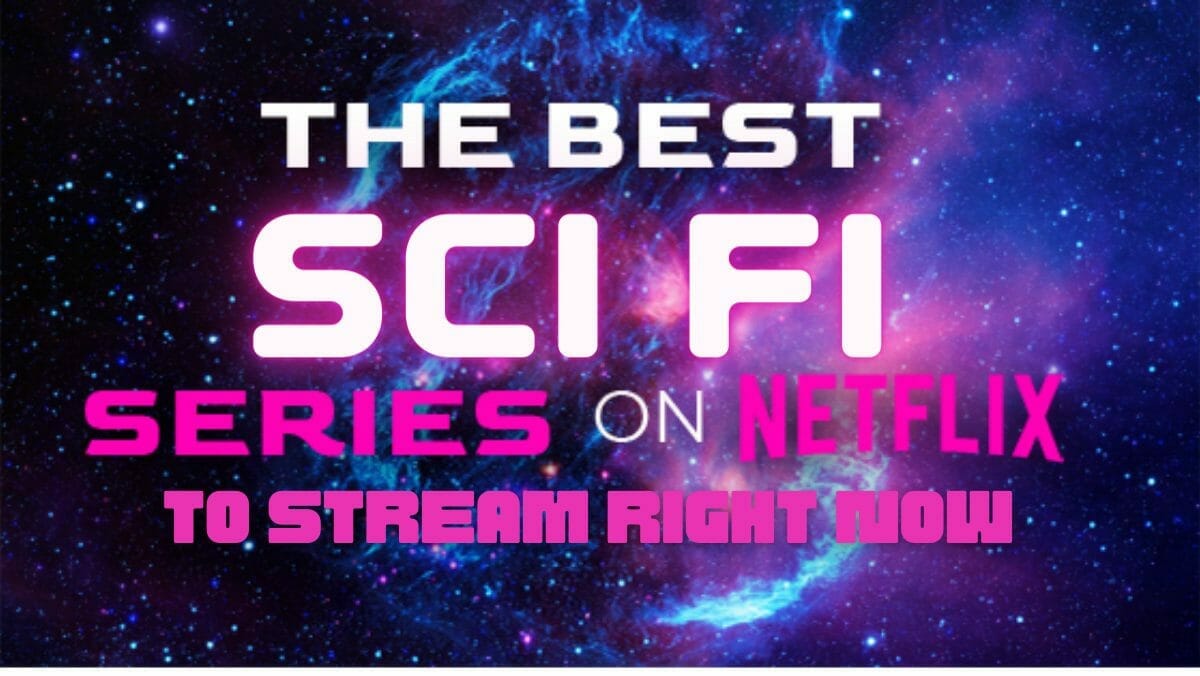